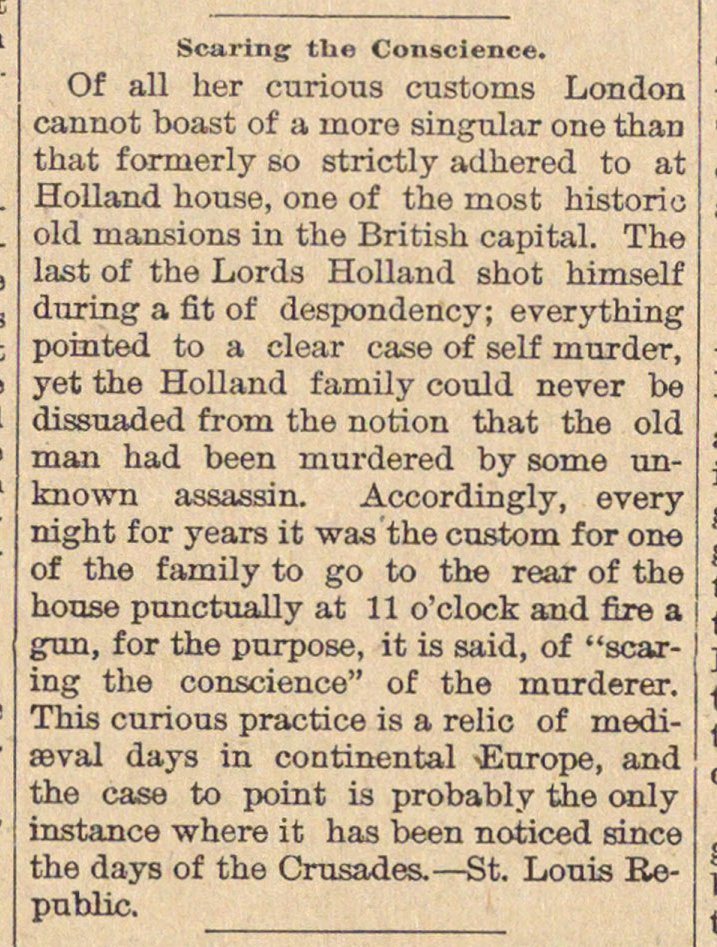 Of all her curious customs London cannot boast of a more singular one than ihat formerly so strictly adhered to at ïolland house, one of the most historie old mansions in the British capital. The ast of the Lords Holland shot himself [uring a fit of despondency; everything winted to a clear case of self mttrder, ret the Holland family could never be lissuaded from the notion that the old man had been murdered by some unmown assassin. Accordingly, every night for years it was 'the custom for one f the family to go to the rear of the house punctually at 11 o'clock and fire a jun, for the purpose, it is said, of ! ng the conscience" of the murderer. This curious practice is a relie of mediaaval days in continental JEurope, and lie case to point is probably the only nstance where it has been noticed since