Winning Over A Juryman 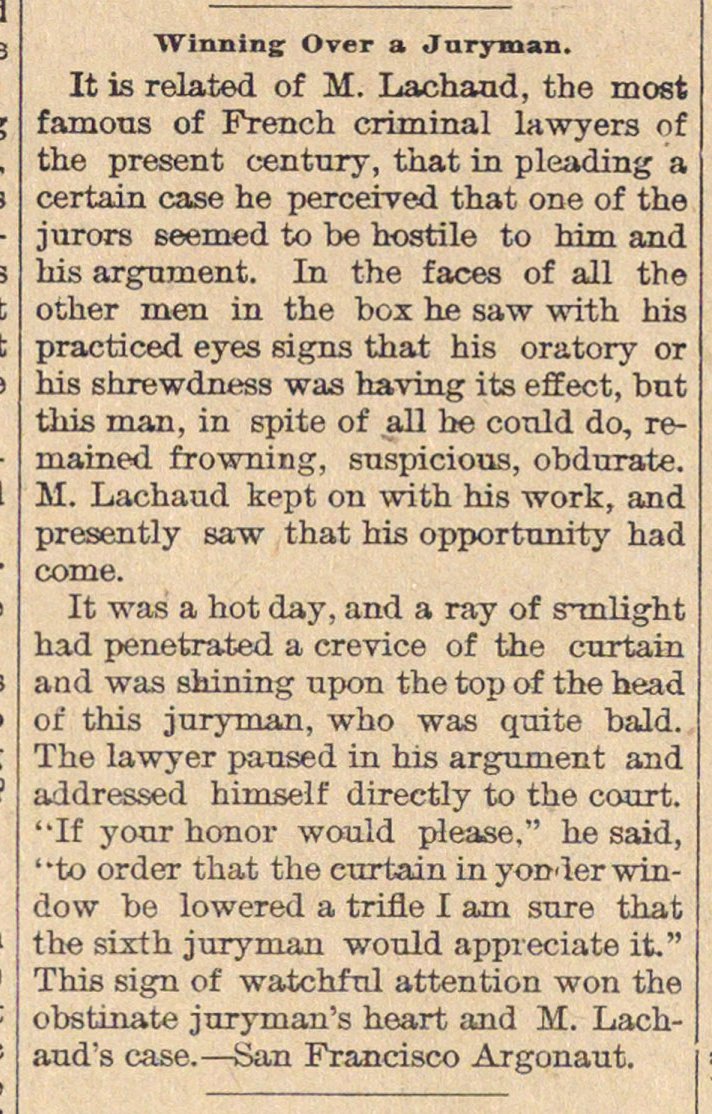 It is related of M. Lachand. the most famous of French criminal lawyers of the present century, that in pleadrag a certain case he perceired that one of the jurors seemed to be hostile to hún and his argument. In the faces of all the other men in the box he saw with his practiced eyes signs that his oratory or his shrewdness was having its effect, but this man, in spite of all he could do, remained frowning, snspicious, obdurate. M. Lachaud kept on with his work, and presently saw that his opportttnity had come. It was a hot day, and a ray of stnlight had penetrated a crevice of the curtain and was shining upon the top of the head of this juryman, who was quite bald. The lawyer pansed in his argument and addressed himself directly to the court. "If your honor would please," he said, 'to order that the curtain in yonler window be lowered a trifle I am sure that the sixth juryman would appreciate it." This sign of watchfnl attention won the obstinate .iurvman's heart and M. aud's case.