Got The Worst Of It 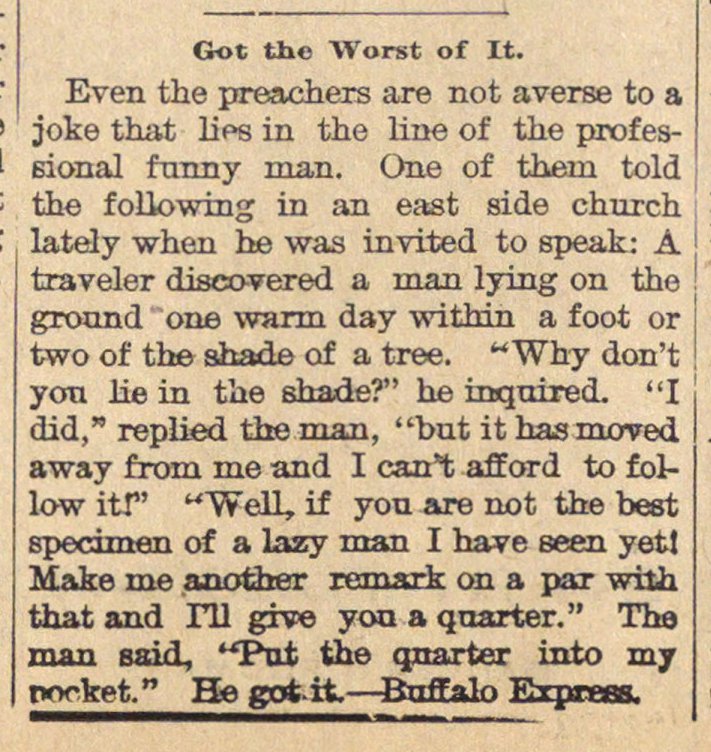 Even the preachers are not averse to a joke that Ups in the line of the professional ftmny man. One of thern told the following in an east side church lately when he was invited to speak: A traveler discovered a man lying on the ground one warm day within a foot or two of the shade of a tree. " Why don't yon üe in the sbade?" he inqnired. "I did," replied the man, "but it has moved away firom me and I cant aff ord to follow itl" "Wel!, if you ure not the best specimen of a lazy man I hare eeen yett Make me anofcher remark on a par with that and ni give yon aquarter." Tha yran said, "Put the qnarter into my pocket." Hegot.it