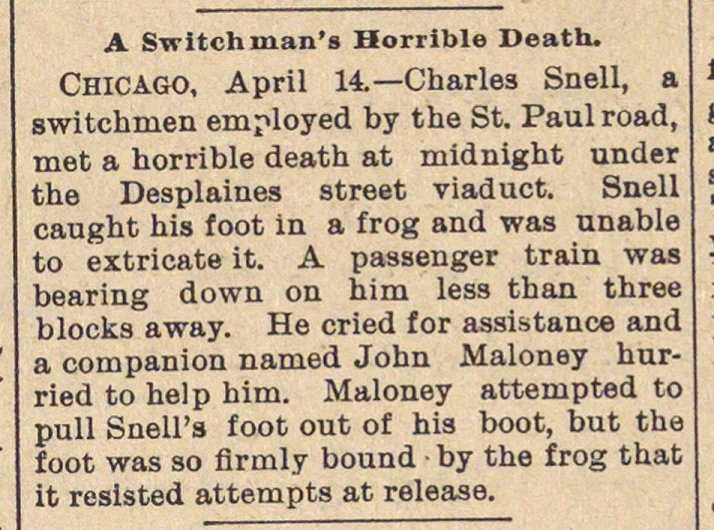 Chicago, April 14.- Charle3 Snell, a switchnien employed by the St. Paul road, met a horrible death at midnight under the Desplaines street viaduct. Snell caught his foot in a frog and was unable to extricate it. A passenger train was bearing down on him less than three blocks away. He cried for assistance and a companion named John Maloney hurried to help him. Maloney attempted to pull Snell's foot out of his boot, but the foot was so firmly bound by the frog that it reslsted attempts at release.