Valuable Watch Stolen By A Boy 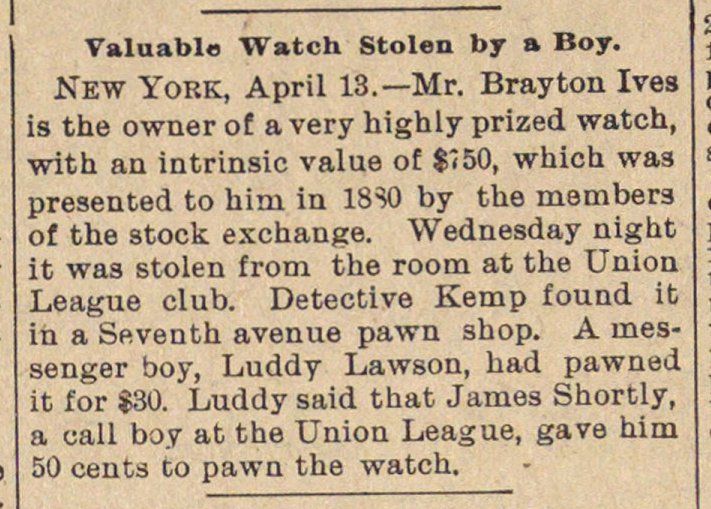 Skw York, April 13.- Mr. Brayton Ivés is the owner oí a very highly prized watch, with an intrinsic value of $750, which wa3 presented to him in 1SS0 by the members ot the stock exchaoge. Wednesday night it was stolen from the room at the Union League club. Detective Kemp found it in a Seventh avenue pawn shop. A messenger boy, Luddy Lawson, had pawned it for $30. Luddy said that James Shortly, a cali boy at the Union League, gave him 50 cents to pawn the watch.