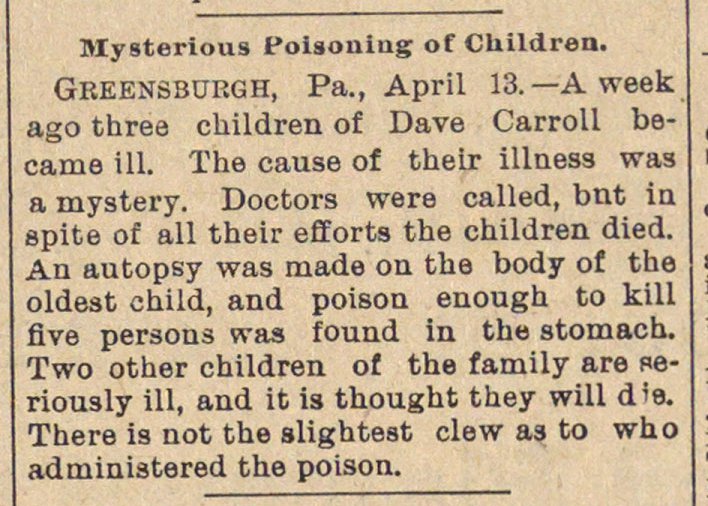 Greensburgh, Pa., April 13. - A week ago three children of Dave Carroll became 111. ïhe cause of their illnes3 was a mystery. Doctors were called, bnt ia spite of all their efforts the children died. Aa autopsy was made on the body of the oldest child, and poison enongh to kill five persons was found in the stomach. Two other children of the family are seriously ill, and it is thought they will d'a. There is not the slightest clew as to who administered the poison.