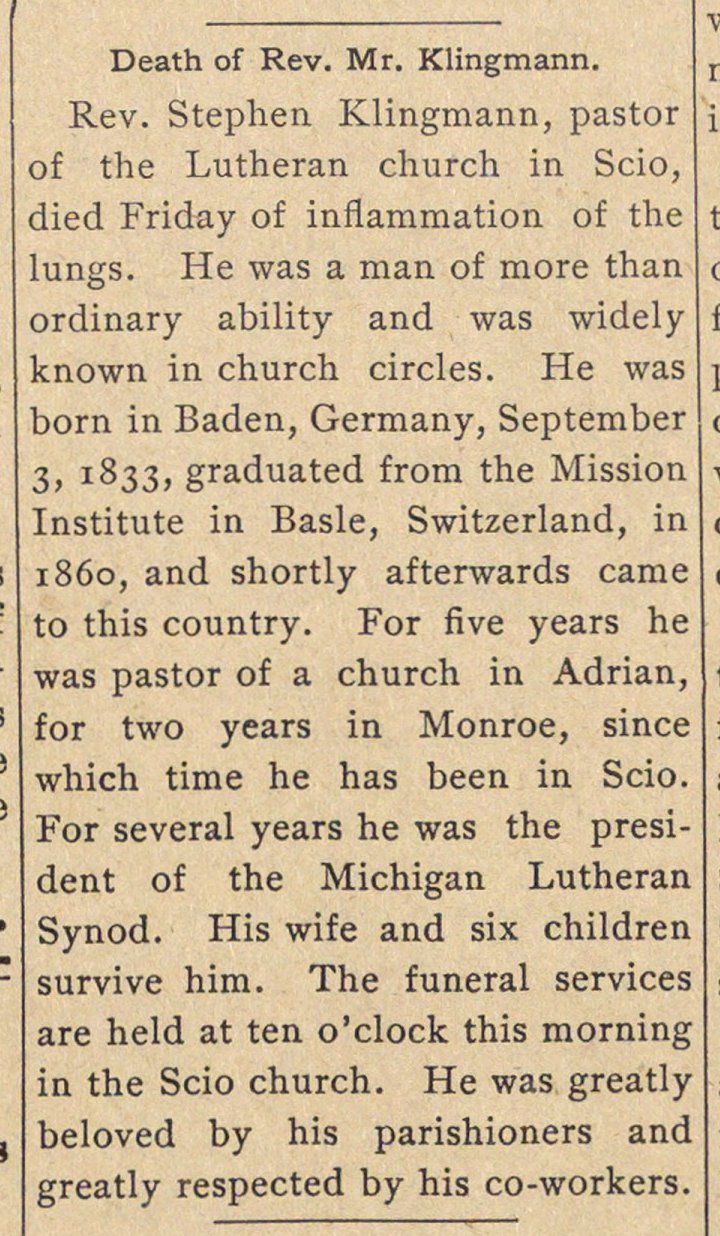 Rev. Stephen Klingmann, pastor of the Lutheran church in Scio, died Friday of inflammation of the lungs. He was a man of more than ordinary ability and was widely known in church circles. He was born in Baden, Germany, September 3, 1833, graduated from the Mission Institute in Basle, Switzerland, in 1860, and shortly afterwards came to this country. For five years he was pastor of a church in Adrián, for two years in Monroe, since which time he has been in Scio. For several years he was the president of the Michigan Lutheran Synod. His wife and six children survive him. The funeral services are held at ten o'clock this morning in the Scio church. He was greatly beloved by his parishioners and greatly respected by his co-workers.