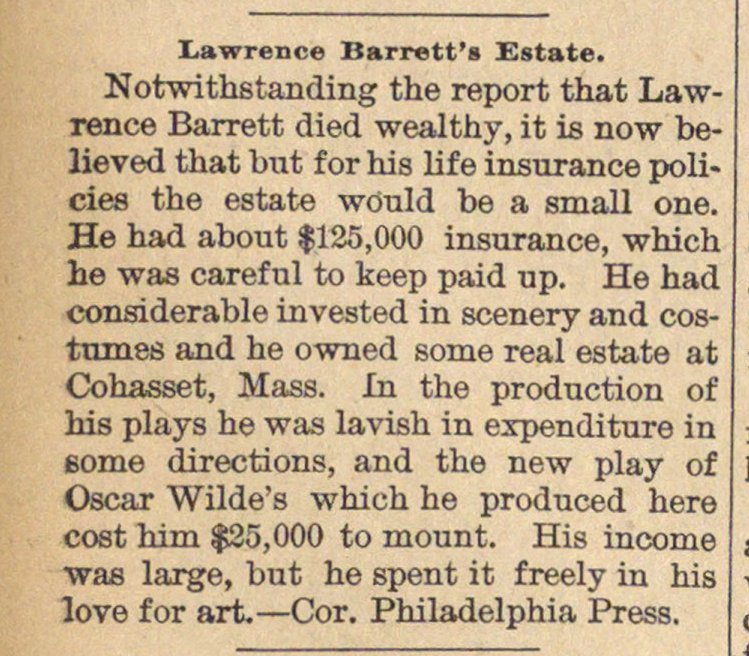 Notwithstanding the report that Lawrence Barrett died wealthy, it is now believed that but for his lif e insurance policies the estáte wöuld be a small one. He had about $125,000 insurance, wbich he was carefnl to keep paid up. He had considerable invested in scenery and costnmes and he owned some real estáte at Cohasset, Mass. ín the production of his plays he was lavish in expenditure in eome directions, and the new play of Oscar Wilde's whioh he prodnced here cost him $25,000 to mount. His income was large, but he spent it freely in his love for