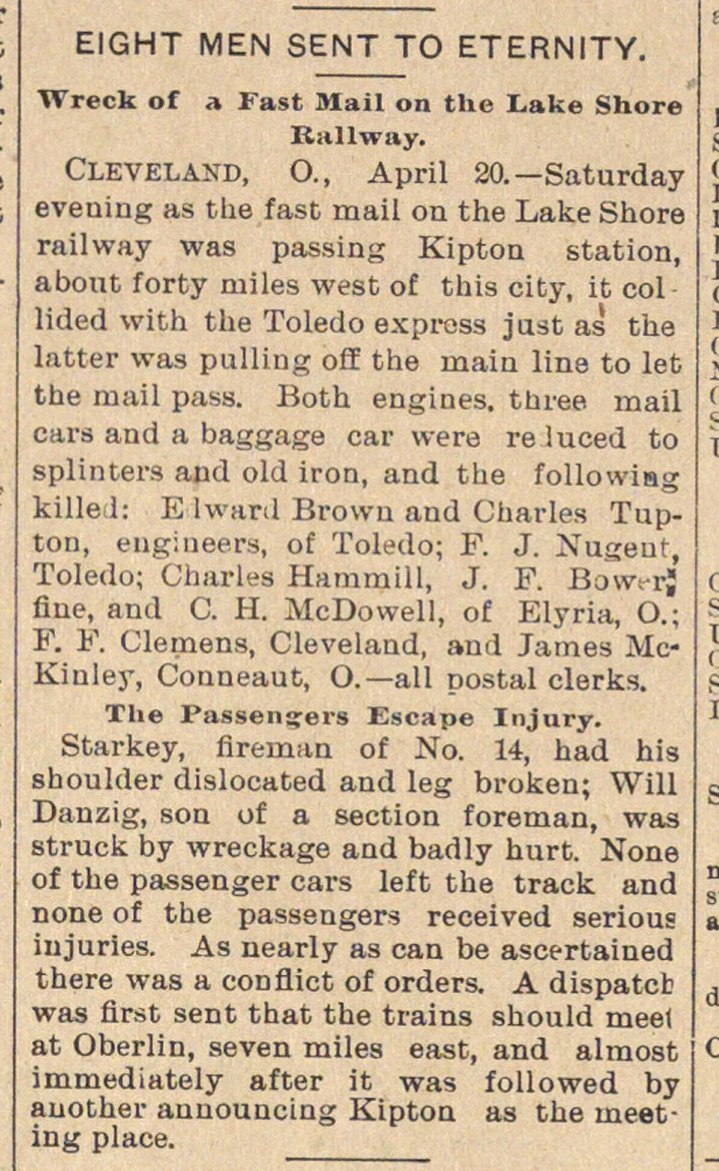 Cleveland, O., April 20.- Saturday eveuiug as the fast mail on the Lake Shore railway was passing Kipton station, about forty miles west of this city, it col lided with the Toledo expross just as the latter was puiling ofï the main line to let the mail pass. Both engiaes. three mail cars and a baggage car vvere re luced to splinters and old iron, and the followiag killed: E lward Browu and Charles Tupton, eugineers, of Toledo; P. J. Nugeut, Toledo; Charles Hammill, J. F. Bow-rJ fine, and C. H. McDowell, of Elyria, O.; F. V. Clemens, Cleveland, and James McKiulej-, Couneaut, O.- all postal clerks. The Passender Escape Injury. Starkey, fireman of No. 14, had his shoulder dislocated and leg broken; Will Danzig, son of a section foreman, was struck by wreckage and badly hurt. None of the passenger cars left the track and none of the passengers received serious injuries. As nearly as can be ascertained there was a conflict of orders. A dispatcb was first sent that the trains should meel at Oberlin, seven miles east, and almost immediately after it was followed by auother aunouncing Kipton as the meeting place.