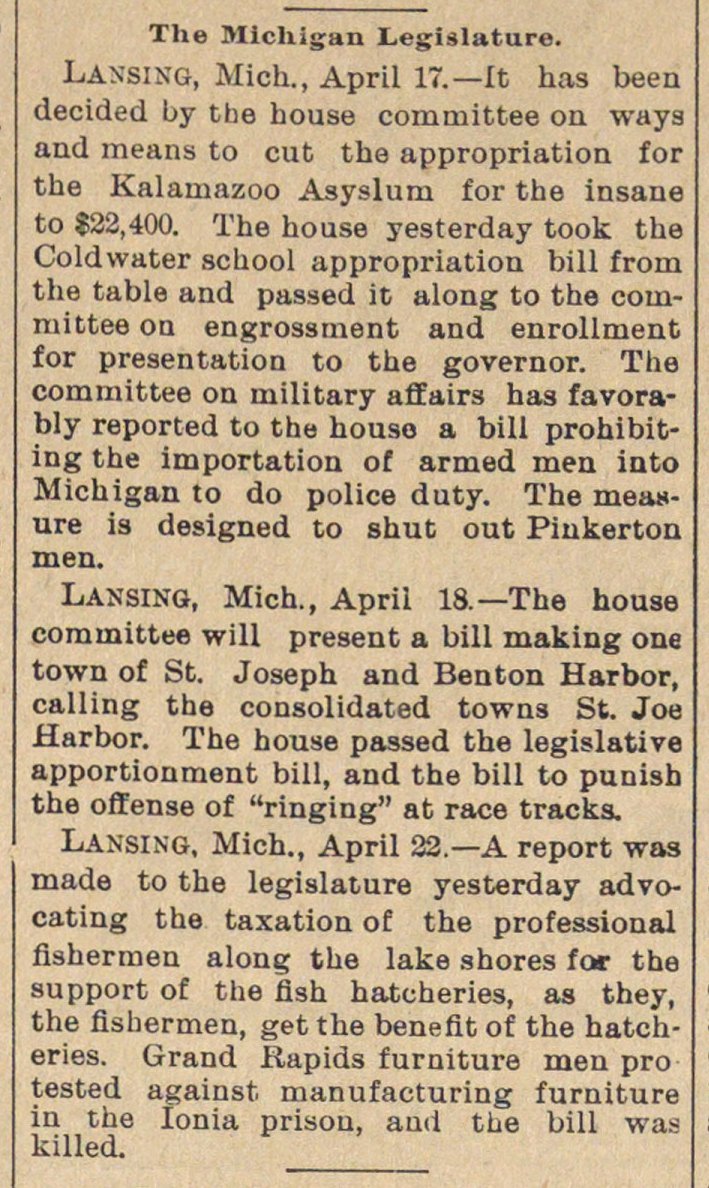 Lansing, Mich., April 17.- It has been decided by the house committee oa ways and means to cut the appropriation for the Kalamazoo Asyslum for the insane to $22,400. The house yesterday took the Coldwater school appropriation bill from the table and passed it along to the committee on engrossment and enrollment for presentation to the governor. The committee on military aftairs has favorably reported to the houso a bilí prohibiting the importation of armed men into Michigan to do pólice duty. The meanure is designed to shut out Pinkerton men. Lansing, Mich., April 18.- The house committee will present a bilí making one town of St. Joseph and Benton Harbor, calling the Consolidated towns St. Joe Harbor. The house passed the legislativa apportionment bill, and the bill to punish the offense of "ringing" at race tracks. Lansing, Mich., April 22.- A report was made to the legislatura yesterday advocating the taxation of the professional fishermen along the lake shores for the support of the fish hatcheries, as they, the fishermen, get the benefit of the hatcheries. Grand Rapids furniture men pro tested against manufacturing furniture in the Ionia prisou, aud the bill was killed.