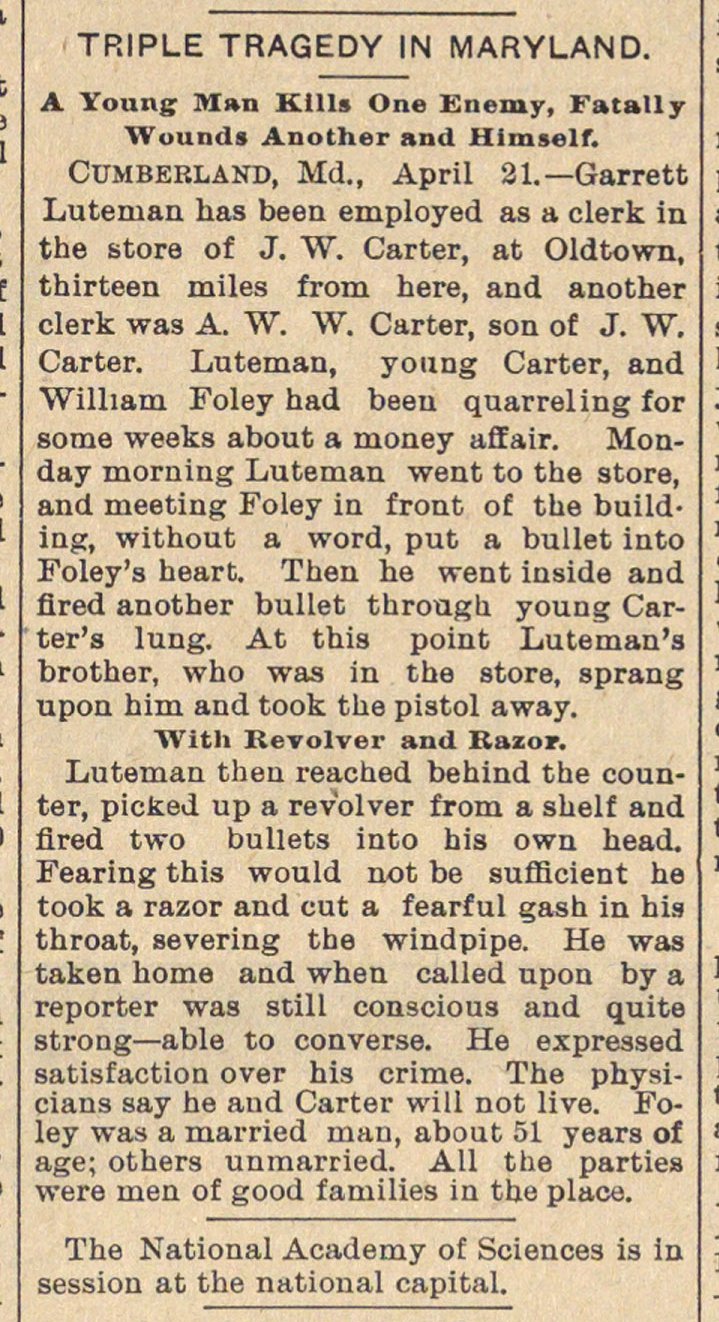 Cumbebland, Md., April 31.- Garrett Luteman has been employed as a clerk in the store of J. W. Carter, at Oldtown, thirteen miles from here, and another clerk was A. W. W. Carter, son of J. W. Carter. Luteman, young Carter, and William Foley had been quarreling for some weeks about a money affair. Monday morning Luteman went to the store, and meeting Foley in front of the building, without a word, put a bullet into Foley's heart. Then he went inside and fired another bullet througli young Carter's lung. At this point Luteman's brother, who was in the store, sprang upon him and took the pistol away. With Revolver and Bazor. Luteman then reached behind the counter, picfeed up a revolver from a shelf and fired two bullets into his own head. Fearing this would not be sufficient he took a razor and cut a fearful gash in his throat, 8evering the windpipe. He was taken home and when called upon by a reporter was still conscious and quite strong - able to converse. He expressed satisfaction over his crime. The physicians say he and Carter will not live. Foley was a married man, about 51 years of age; others unmarried. All the parties vvere men oL good families in the place. The National Academy of Sciences is in session at the nutioual capital.