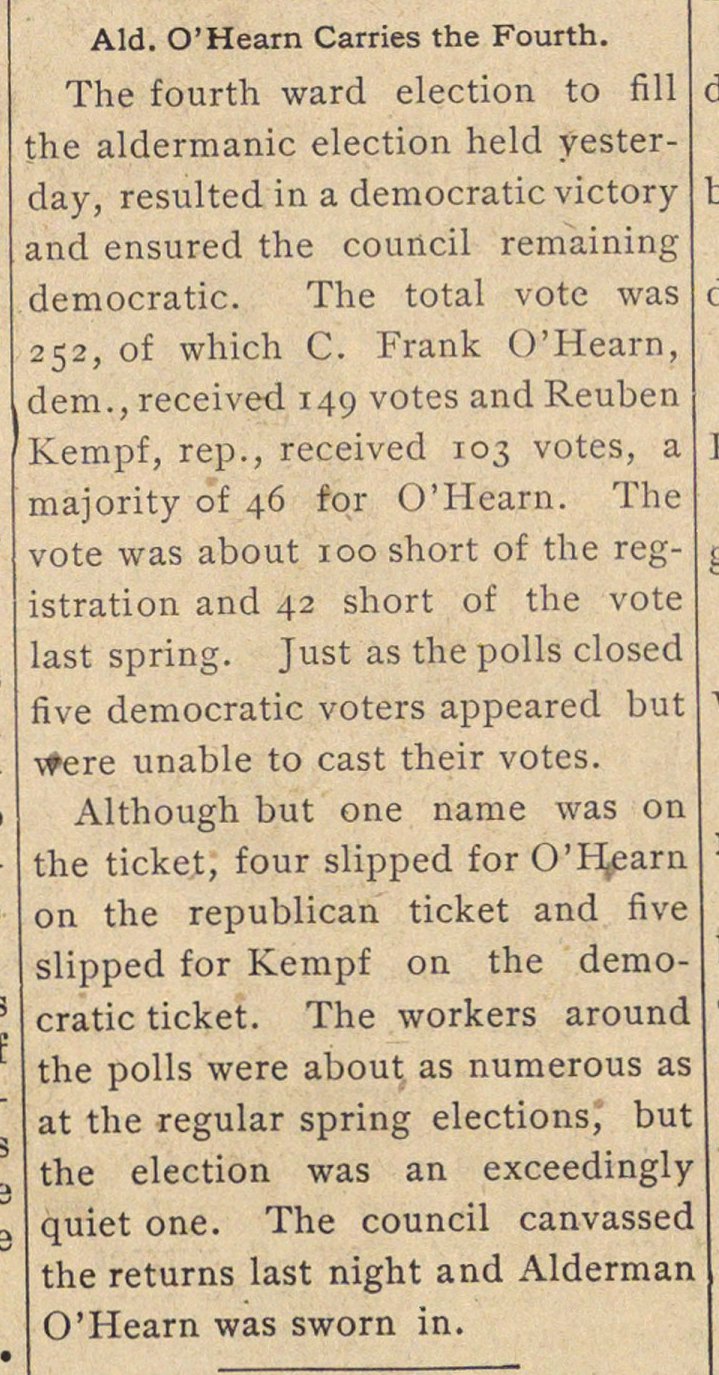 The fourth ward election to fill the aldermanic election held yesterday, resulted in a democratie victory and ensured the council remaining democratie. The total vote was 252, of which C. Frank O'Hearn, dem., received 149 votes and Reuben Kempf, rep., received 103 votes, a majority of 46 for O'Hearn. The vote was about 100 short of the registration and 42 short of the vote last spring. Just as the polls closed five democratie voters appeared but vfere unable to cast their votes. Although but one name was on the ticket, four slipped for O'Hearn on the republican ticket and five slipped for Kempf on the democratie ticket. The workers around the polls were about as numerous as at the regular spring elections, but the election was an exceedingly quiet one. The council canvassed the returns last night and Alderman O'Hearn was sworn in.