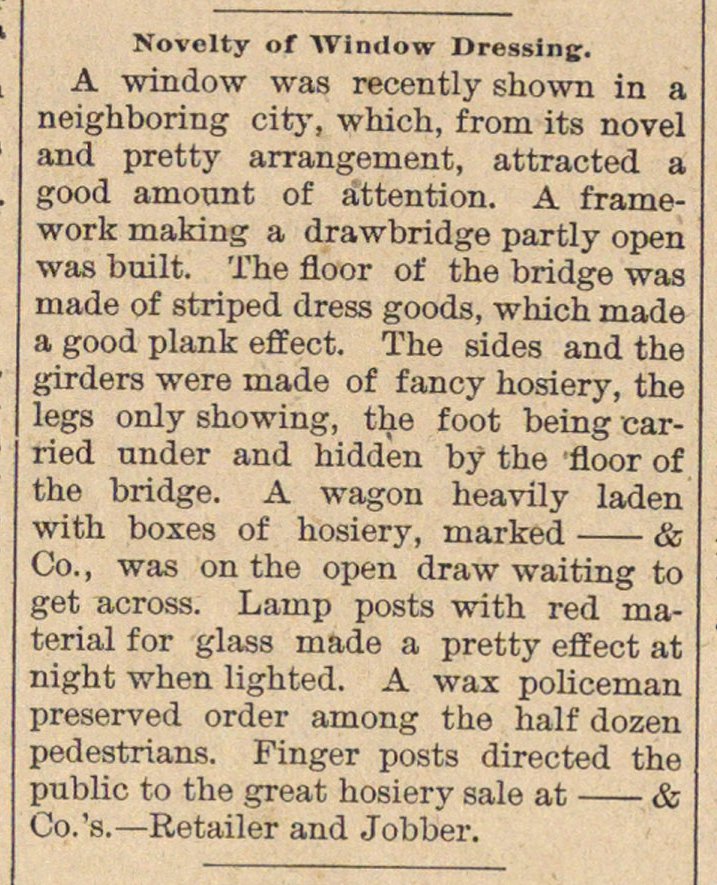 A window was recently shown in a neighboring city, which, from its novel and pretty arrangement, attracted a good amount of áttention. A framework making a drawbridge partly open was built. The floor of the bridge was made of striped dress goods, which made a good plank effect. The sides and the girders were made of f ancy hosiery, the legs only showing, the foot being carried under and hidden by the floor of the bridge. A wagon heavily laden with boxea of hosiery, marked & Co., was on the open draw waiting to get across. Lamp posts with red material f or glass made a pretty effect at night when lighted. A wax policeman preserved order among the half dozen pedestrians. Pinger posts directed the public to the great hosiery sale at & Co. 's. - Retailer and Jobber.