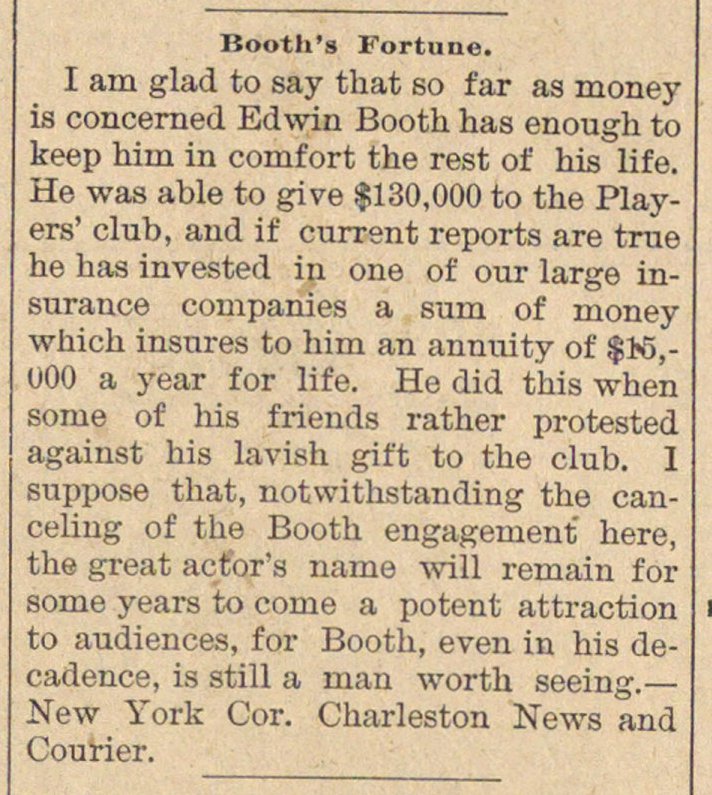 I am glad to say that so far as money is concerned Edwin Booth has enough to keep hiin in comfort the rest of his life. He was able to give $130,000 to the Players' club, and if current reports are trae he has invested in one of our large insurance companies a sum of money which instires to him an annuity of $16,000 a year for life. He did this when some of his friends rather protested against bis laviah gift to the club. 1 suppose that, notwithstanding the canceling of the Booth engagement here, the great actor's name will remain for some years to come a potent attraction to audiences, for Booth, even in his decadence, is still a man worth seeing. New York Cor. Charleston News and Courier.