Chose To Die With His Sweetheart 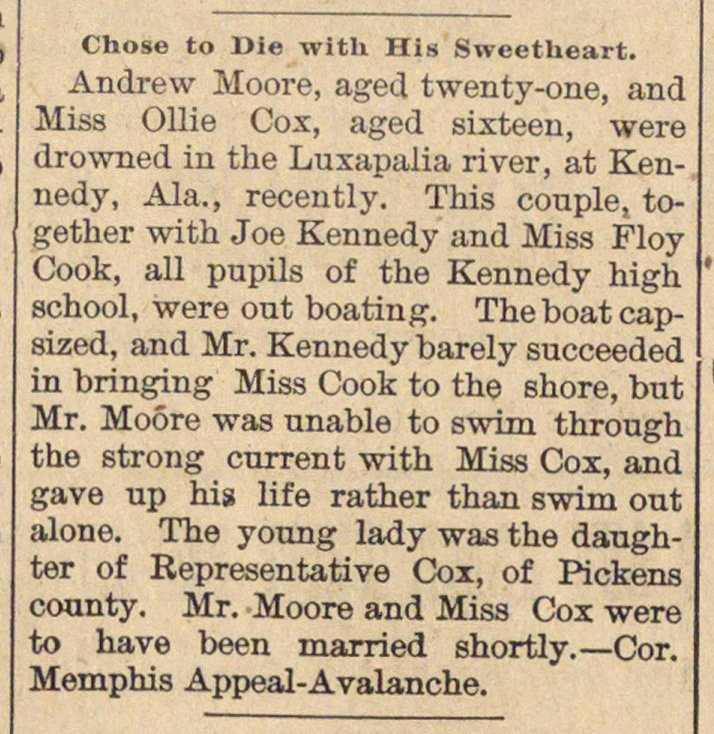 Andrew Moore, agecl twenty-one, and Miss Ollie Cox, aged sixteen, were drowned in the Lusapalia river, at Kennedy, Ala., receutly. This couple, together with Joe Kennedy and Miss Floy Cook, all pupils of the Kennedy high school, were ont boating. Theboatcapsized, and Mr. Kennedy barely succeeded in bringing Miss Cook to the shore, but Mr. Moóre was unable to swim through the strong current with Miss Cox, and gave up nis life rather than swim ont alone. The young lady was the daughter of Representativo Coi, of Pickens county. Mr. Moore and Miss Cox were to have been married shortly.- Cor. Memphis Appeal-Avalanche.