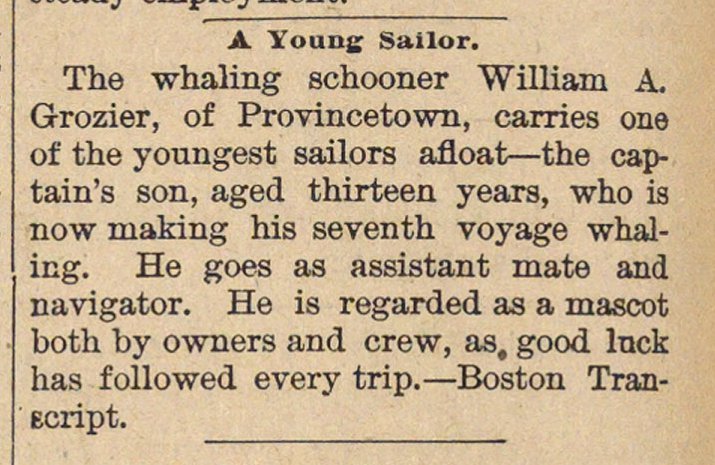 The whaling schooner William A. Grozier, of Provincetown, carnes one of the youngest sailors afloat - the captain's son, aged thirteen years, who is now making his seventh voyage whaling. He goes as assistant mate and navigator. He is regarded as a mascot both by owners and crew, as good lnck