Will Fit Any Locality 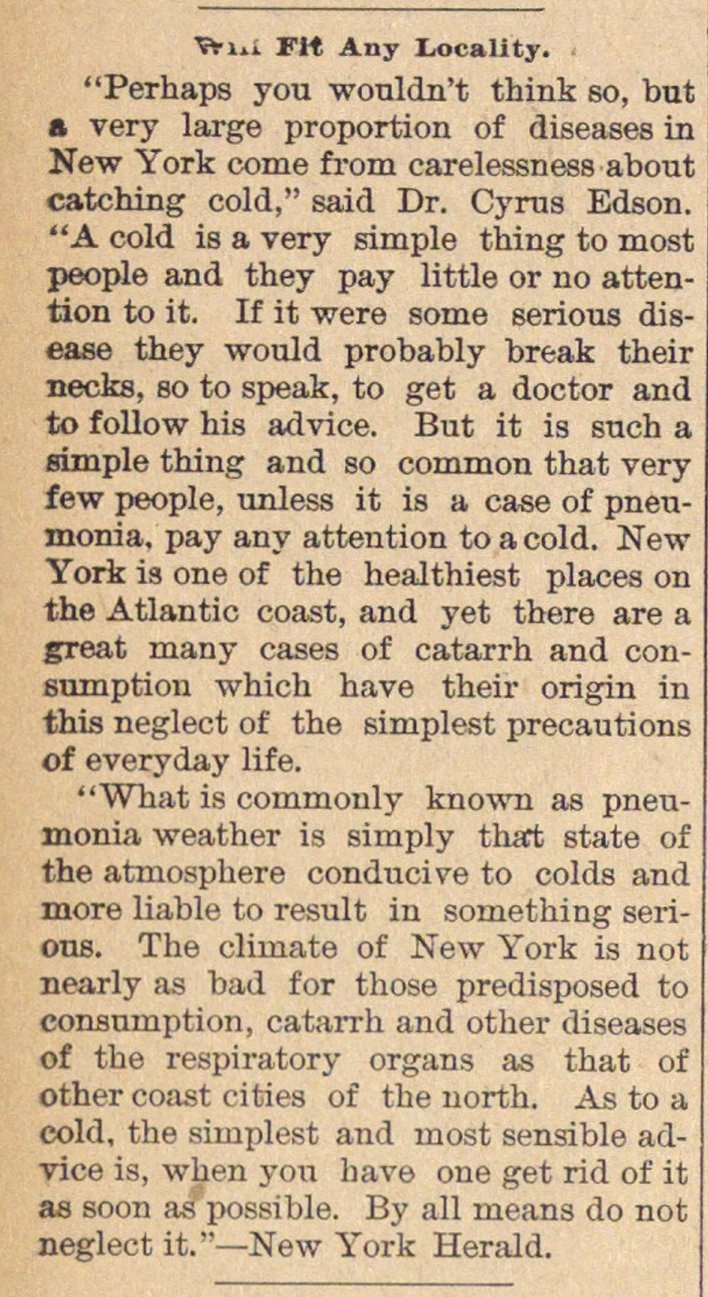 "Perhaps you wouldn't think so, bui ft very large proportion of diseases ii New York come f rom earelessness aboul catching cold," said Dr. Cyrns Edson, "A cold is a very simple thing to mos1 people and they pay little or no atten tion to it. If it were some serious dis ease they would probably break theii necks, so to speak, to get a doctor and to follow his advice. But it is such a simple thing and so common that very few people, unless it is a case of pneumonía, pay any attention toa cold. New York is one of the healthiest places on the Atlantic coast, and yet there are a great many cases of catarrh and consumptiou which have their origin ii this neglect of the simplest precautions of everyday life. "What is commonly known as pneumonía weather is simply that state oí the atmosphere conducive to colds and more liable to result in something serious. The clhnate of New York is not nearly as bad for those predisposed to consuinption, catarrh and other diseases of the respiratory organs as that of other coast cities of the north. As to a cold, the simplest and most sensible advice is, when yon have one get rid of it as soon as possible. Bv all means do not neglect