Arrangements will be made in Washington ... 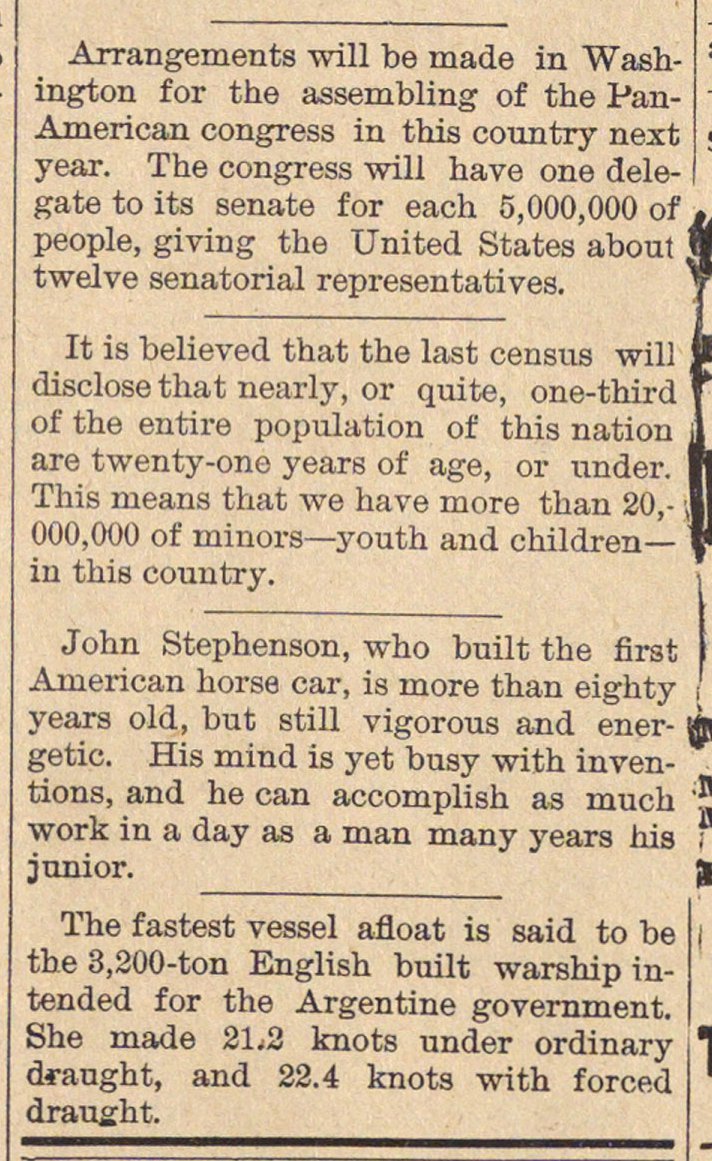 Arrangements will be made in Washington for the assembling of the PanAmerican congress in this country next year. The congress will have one delégate to its senate for each 5,000,000 of people, giving the United States about j twelve senatorial representatives. It is believed that the last census wil] disclose that nearly, or quite, one-third of the entire population of this nation are twenty-one years of age, or under. This raeans that we have more than i 000,000 of minors- youth and children- in this country. John Stephenson, who built the first American horse car, is more than eighty years old, but still vigorous and 1 getic. His mind is yet busy with inventions, and he can accomplish as much work in a day as a man many years his junior. The fastest vessel afloat is said to be the 3,200-ton English built warship intended for the Argentine government. She made 2L2 knots under ordinary draught, and 22.4 knots with forced draught.