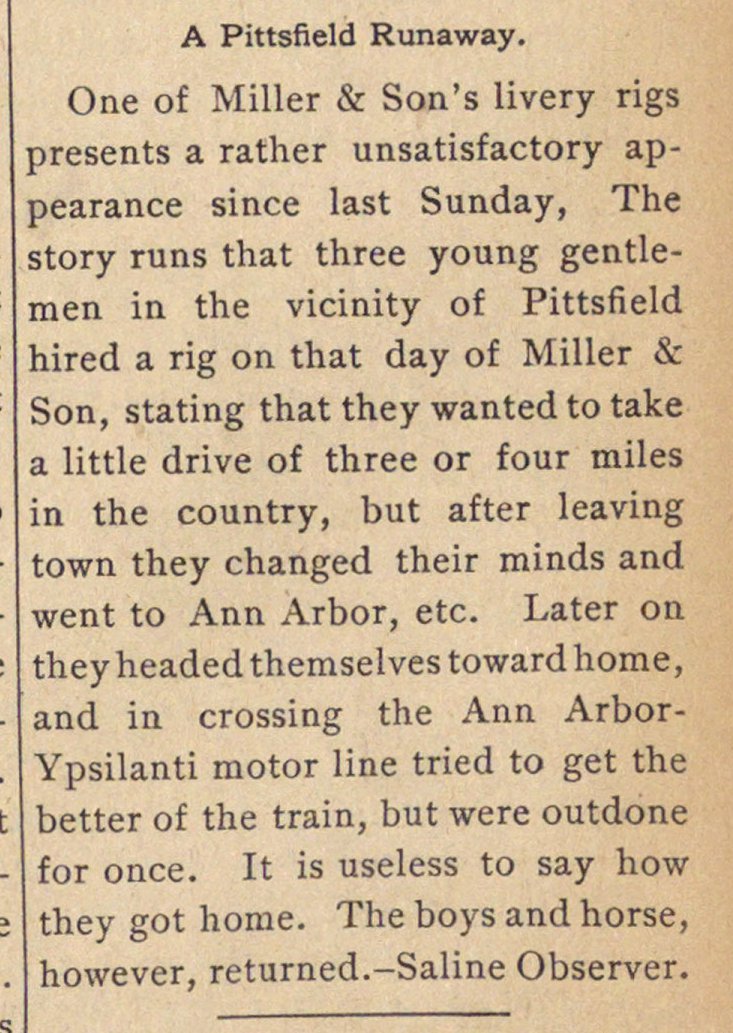 One of Miller & Son's livery rigs presents a rather unsatisfactory appearance since last Sunday, The story runs that three young gentlemen in the vicinity of Pittsfield hired a rig on that day of Miller & Son, stating that they wanted to take a little drive of three or four miles in the country, but after leaving town they changed their minds and went to Ann Arbor, etc. Later on they headed themselves toward home, and in crossing the Ann ArborYpsilanti motor line tried to get the better of the train, but were outdone for once. It is useless to say how they got home. The boys and horse, however,