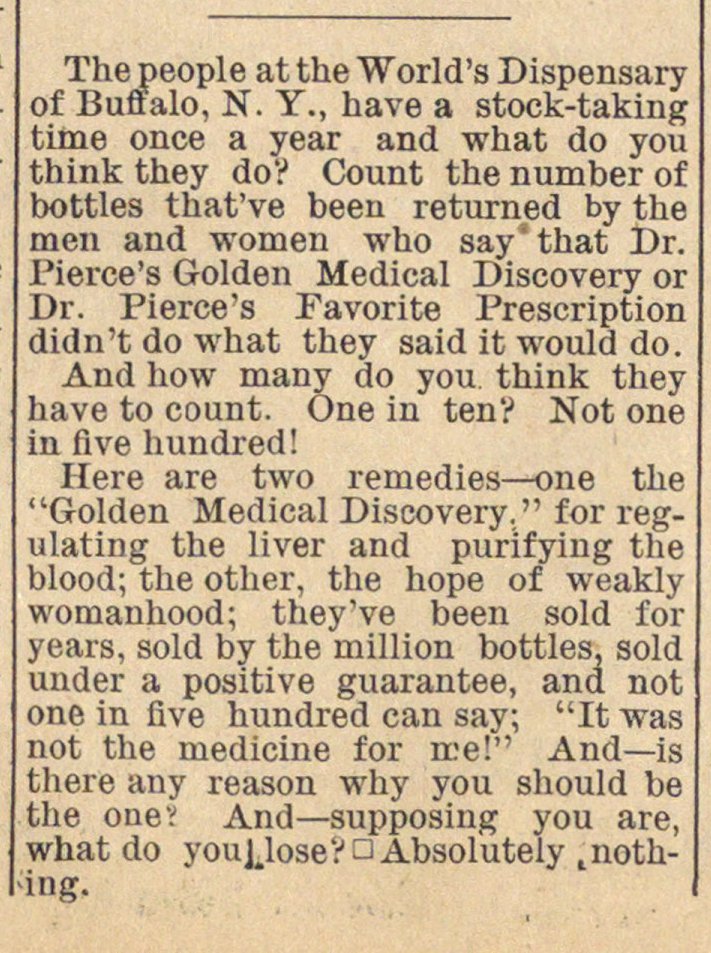 The people at the World's Dispensary of Bunaio, N. Y., have a stock-taking time once a year and what do you think they do? Count the number of bottles that've been returned by the men and vromen who say'that Dr. Pierce's Golden Medical Discovery or Dr. Pierce's Favorito Prescription didn't do what they said it would do. And how many do you think they have to count. One in ten? Not one in five hundred! Here are two remedies - one the "Golden Medical Discovery." for regulating the liver and purifying the blood; the other, the hope of weakly womanhood; they've been sold for years, sold by the million bottles, sold under a positivo guarantee, and not one in five hundred can say; "It was not the medicine for ree!" And- is there any reason why you should be the onev And- supposing you are, what do youjjoseï □ Absolutely ,notliing.