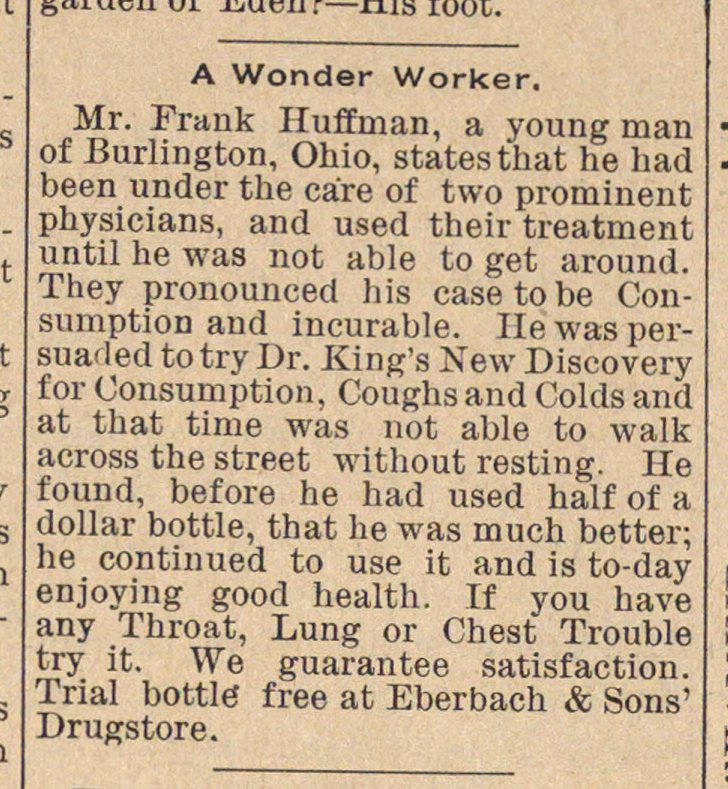 - A Wonder Worker. Mr. Frank Huffman, a young man of Burlington, Ohio, statesthat he had been under the care of two prominent physicians, and used their treatment until he was not able to get around. They pronounced his case tobe Consumption and incurable. He was persuaded totry Dr. King's New Discovery for üonsumption, Coughs and Colds and at that time was not able to walk across the street without resting. Ile found, before he had used half of a dollar bottle, that he was much better; he continued to use it and is to-day enjoying good health. If you have any Throat, Lung or Chest Trouble try it. We guarantee satisfaction. Trial bottle free at Eberbach & Sons' Drugstore.