Some Doings Of The Day 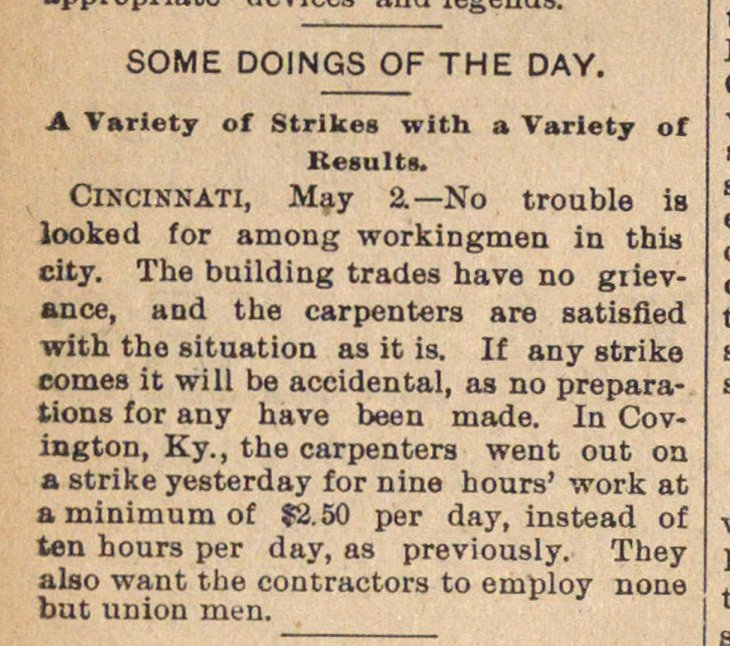 Ciscinnati, May 2.- No trouble ia looked for among workingmen in thia city. The building trades have no giievnce, and the carpenters are satisfied with tho situatioQ as it is. If any strike comes it will be accidental, as no preparations for any have been made. In Covington, Ky., the carpenters went out on a strike yesterday for nine bours' work at a minimum of Í2.50 per day, instead of ten hours per day, as previously. They also want the contractors to employ none but union men.