Some Turbulence In Europe 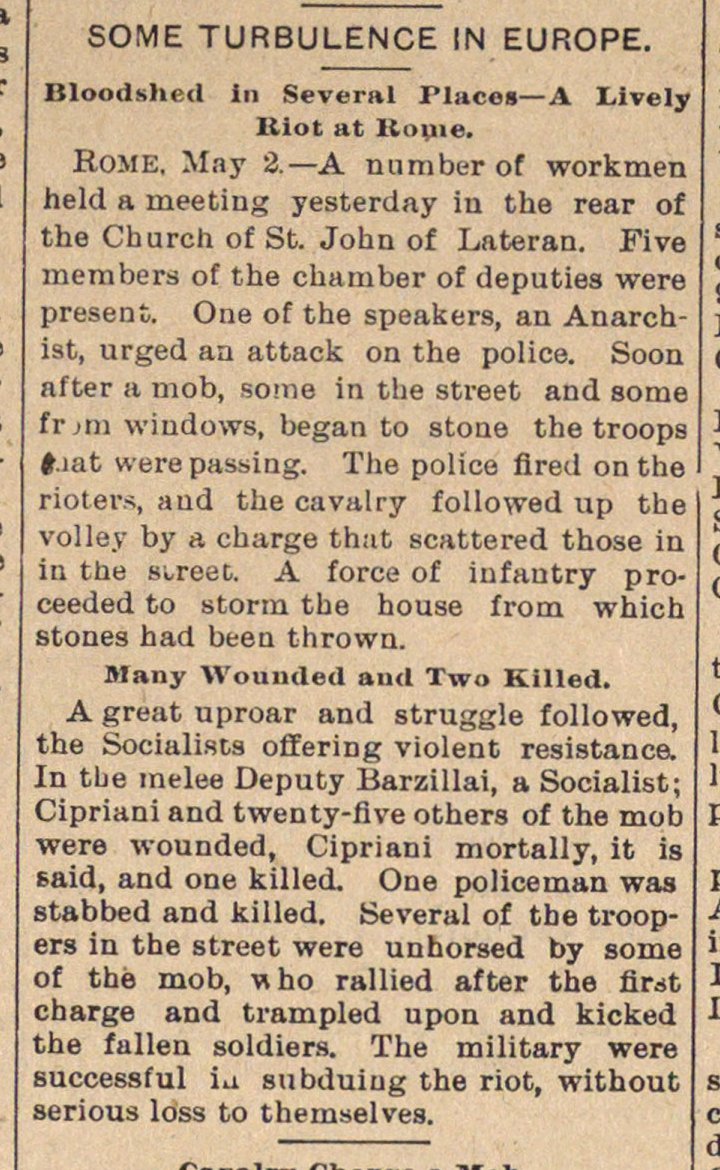 Rome, May 2. - A n amber of workmen held a meeting yesterdny iu the rear of the Church of St. John of Lateran. Five members of the chamber of deputies were present. One of the speakers, an Anarchist, urged an attack on the pólice. Soon after i mob, some in tlie street and some frjin wiudows, began to stone the troopa t.iat were passing. The pólice flred on the rioters, aud the cavalry followed up the volley by a charge that scattered those in in the sreet. A forcé of infantry proceeded to storm tbe house from which stones had been thrown. Blany WiMimli'il aud Two Killed. A great uproar and struggle followed, he Socialists offering violent resistance. n the melee Deputy Barzillai, a Socialist; üipriani and twenty-five others of the mob were wounded, Cipriani mortally, it is aid, and one killed. One policeman was tabbed and killed. Several of tbe trooprs in the street were unhorsed by some of thè mob, who rallied after the first barge and trampled upon and kicked he fallen soldier. The military were ucceesful ia subduiug the riot, without erious loss to themselves.