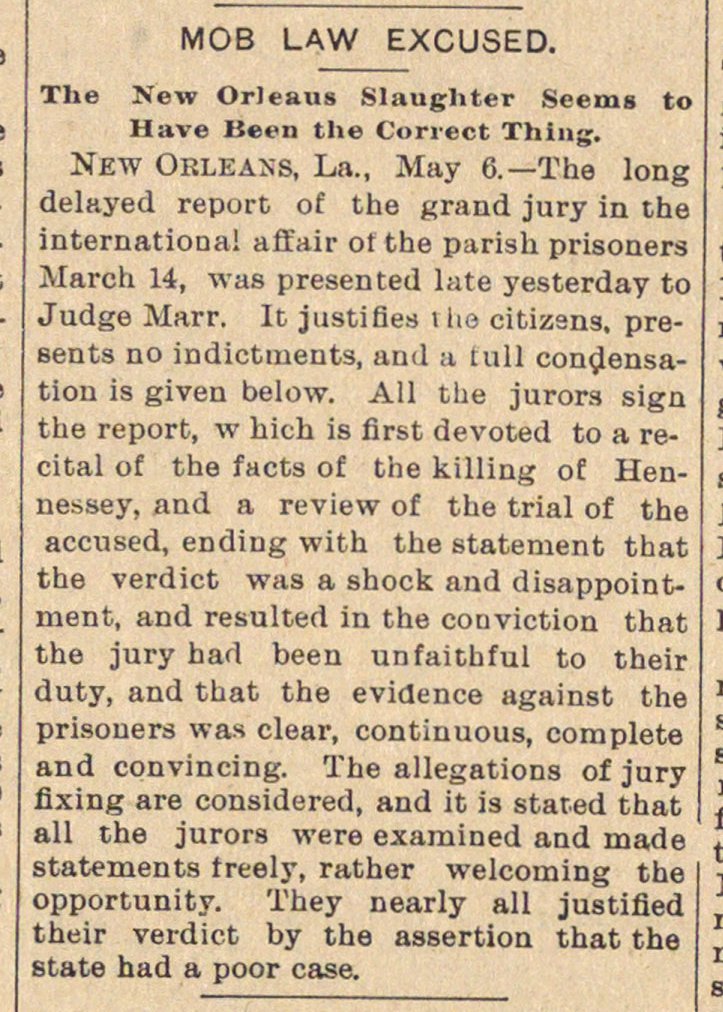 New Orleans, La., May 6.- The long delayed report of the grand jury in the international afïair ot the parish prisoners March 14, was presented late yesterday to Judge Marr. It justifies i he citizsns, presents no indictments, and a mil condensatiou is given below. All tlie jurors sign the report, w hich is first devoted to a recital of the facts of the killing of Hennessey, and a review of the trial of the accused, ending with the statement that the verdict was a shock and disappointment, and resulted in the couviction that the jury had been unfaithful to their duty, and that the evidence against the prisoners was clear, continuous, complete and convincing. The allegations of jury fixing are considered, and it is stated that all the jurors were examined and made statements treely, rather welcoming the opportunity. They nearly all justified their verdict by the assertion that the state had a poor case.