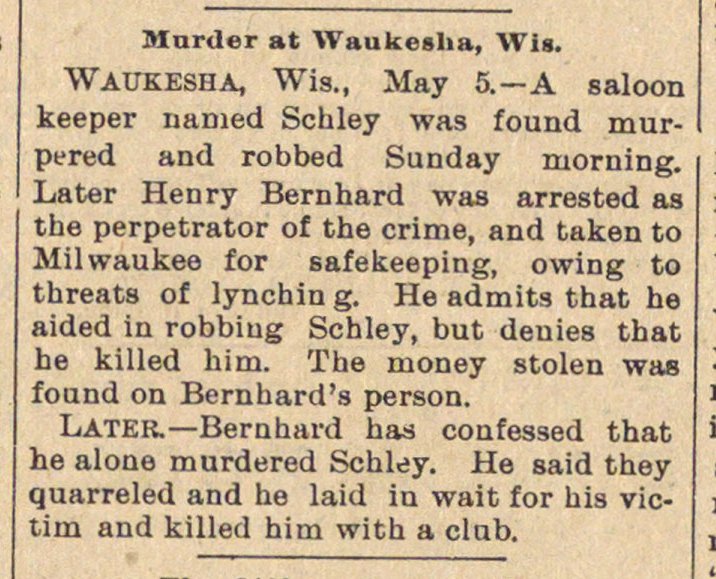 Waukesha, Wis., May 5.- A saloon teeper iianied Schley was found mur)ered and robbed Sunday oiorning. jater Henry Bernhard was arrested as the perpetrator of the crime, and taken to Milwaukee for safekeeping, owing to threats of lynchin g. He admits that he aided in robbiug Schley, but deuies that he killed him. The money stolen was found on Bernhard's person. LATER.- Bernhard has confessed that he alone murdered Schley. He said they quarreled and he laid in wait for uis victim and killed him with a clab.