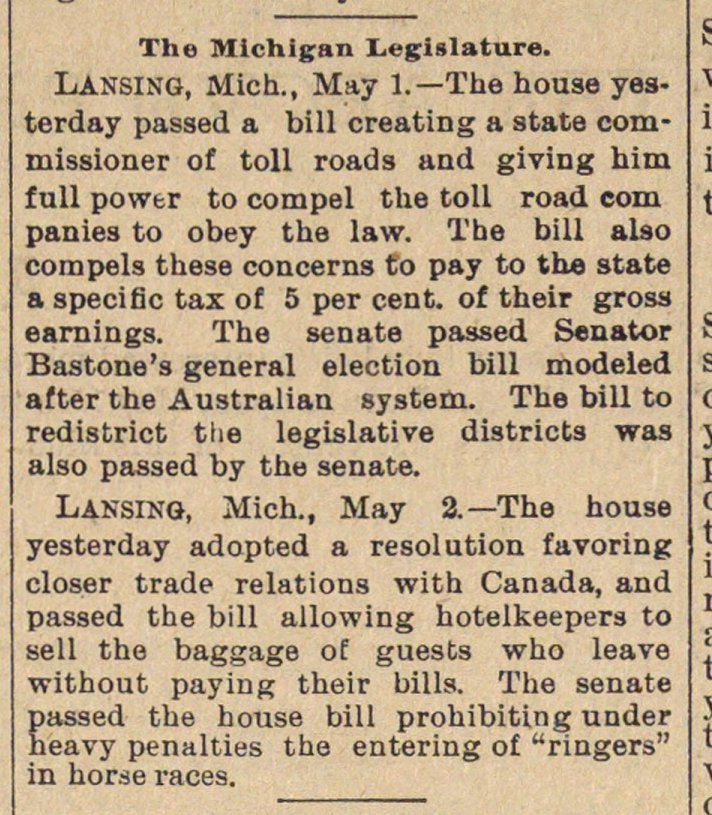 Lansing, Mich., May 1.- The house yesterday passed a bilí creating a state commissioner of toll roads and giving him full powtr to compel the toll road com panies to obey the law. The bill also com pels these concerns to pay to the state a specific tax of 5 per cent. of their gross eamings. The senate passed Senator Bastone's general election bill modeled after the Australian system. The bill to redistrict the legislative districts was also passed by the senate. Lansing, Mich., May 3.- The house yesterday adopted a resol ution favoring closer trade relations with Canada, and passed the bill allowing hotelkeepers to sell the baggage of guests who leave without pay ing their bilis. The senate passed the house bill prohibiting under iieavy penalties the entering of "ringers" n horse races.