From A "most Intimate Friend." 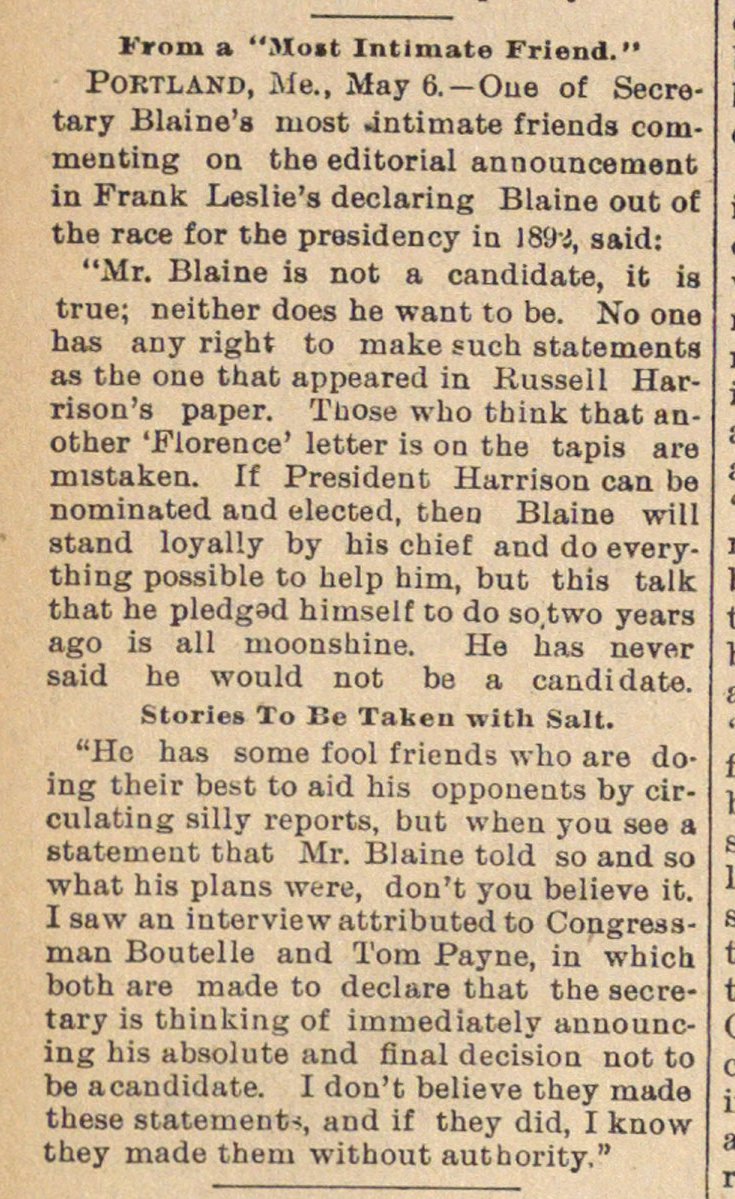 Portland, Me., May 6. - Oue of Secretary Blaine'a most .intímate friends conimenting on the editorial announcement in Frank Leslie's declaring Blaine out oL the race for the prasidency in )89i, said: "Mr. Blaine is not a candidate, it is true; neither does he want to be. No one has any right to make such statements as the one that appeared in Russeil Harrison's paper. ï'üose who think that another 'Florence' letter is on the tapis are mistaken. If President Harrison can be nominated and elected, theo Blaine will stand loyally by his chief and do everything possible to help him, but this talk that he pledgad himself to do so.two years ago is all moonshine. He has never said he would not be a candidate. Stories To Be Taken with Salt. "He has some fooi friends who are doing their best to aid his oppouents by circulating silly reports, but wheu you see a statement that Mr. Blaine told so and so what his plans were, don't you believe it. I saw an interview attributedto Congressman Boutelle and Tom Payne, in wbich both are made to declare that the secretary is thinking of immediately auuouncing his absolute and final decisión not to be acandidate. I don't believe they made these statement-!, and if they did, I know they made tbem without authority."