Is There A Potato Famine? 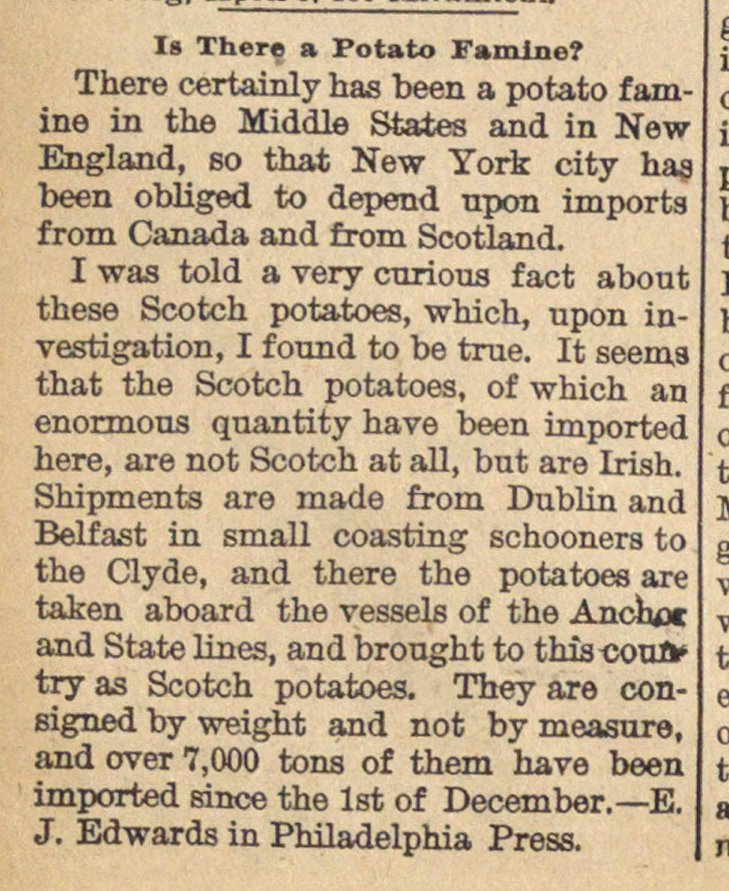 Tfaere certainly has been a potato f amine in the Middle States and in New England, so that New York city has been obliged to depend npon importa f rom Canada and from Scotland. I was told a very cttrious fact about these Scotch potatoes, which, upon investigation, I found to be true. It seem.8 that the Scotch potatoes, of which an enonnons quantity have been imported here, are not Scotch at all, but are Irish. Shipments are made from Dublin and Belfast in small coasting schooners to the Clyde, and there the potatoes are taken aboard the vessels of the Anchoe and State lines, and bronght to thïscou tryas Scotch potatoes. Theyare consigned by weight and not by measure, and over 7,000 tons of them have been imported since the lst of December.