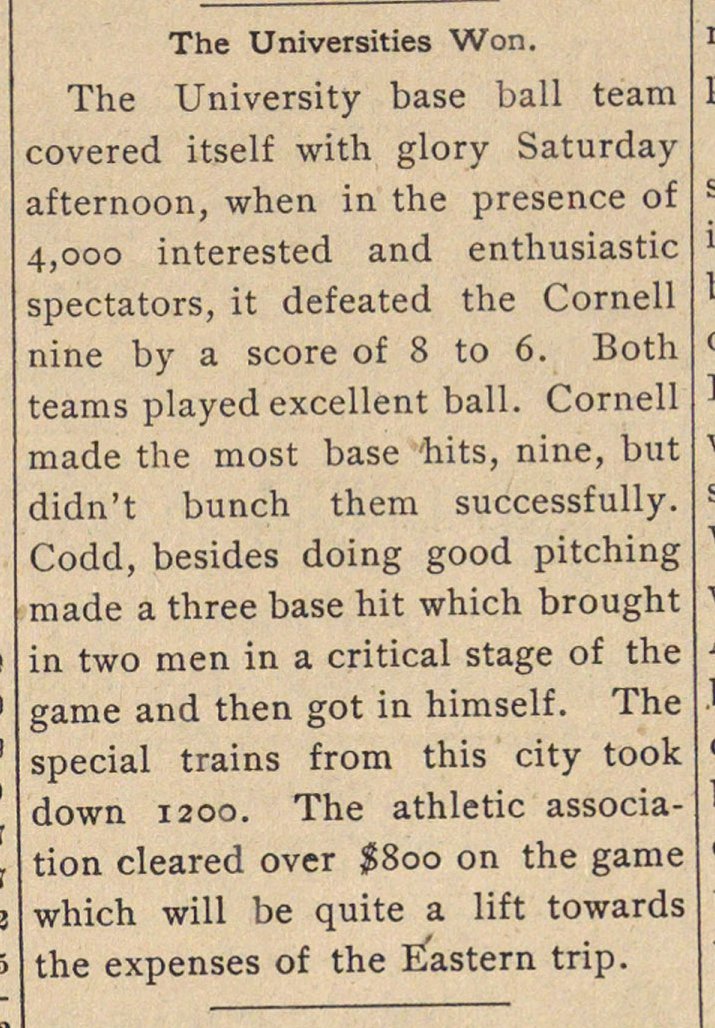 The University base ball team covered itself with glory Saturday afternoon, when in the presence of 4,000 interested and enthusiastic spectators, it defeated the Cornell nine by a score of 8 to 6. Both teams played excellent ball. Cornell made the most base 'hits, nine, but didn't bunch them successfully. Codd, besides doing good pitching made a three base hit which brought in two men in a critical stage of the game and then got in himself. The special trains from this city took down 1200. The athletic association cleared over $800 on the game which will be quite a lift towards the expenses of the Eastern trip.