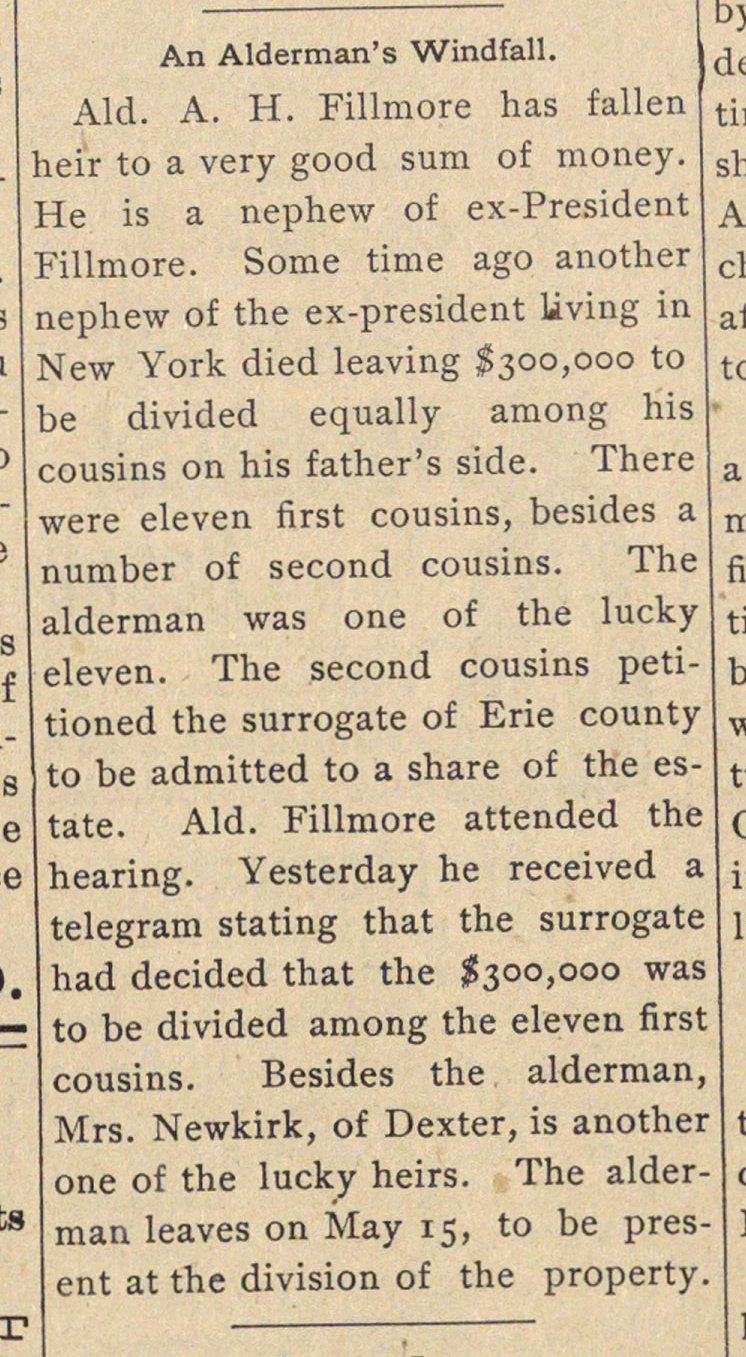 Aid. A. H. Fillmore has fallen heir to a very good sum of money. He is a nephew of ex-President Fillmore. Some time ago another nephew of the ex-president living in New York died leaving 300,000 to be divided equally among his cousins on his father's side. There were eleven first cousins, besides a number of second cousins. The alderman was one of the lucky eleven. The second cousins petitioned the surrogate of Erie county to be admitted to a share of the estate. Aid. Fillmore attended the hearing. Yesterday he received a telegram stating that the surrogate had decided that the $300,000 was to be divided among the eleven first cousins. Besides the alderman, Mrs. Newkirk, of Dexter, is another one of the lucky heirs. The alderman leaves on May 15, to be present at the división of the property.