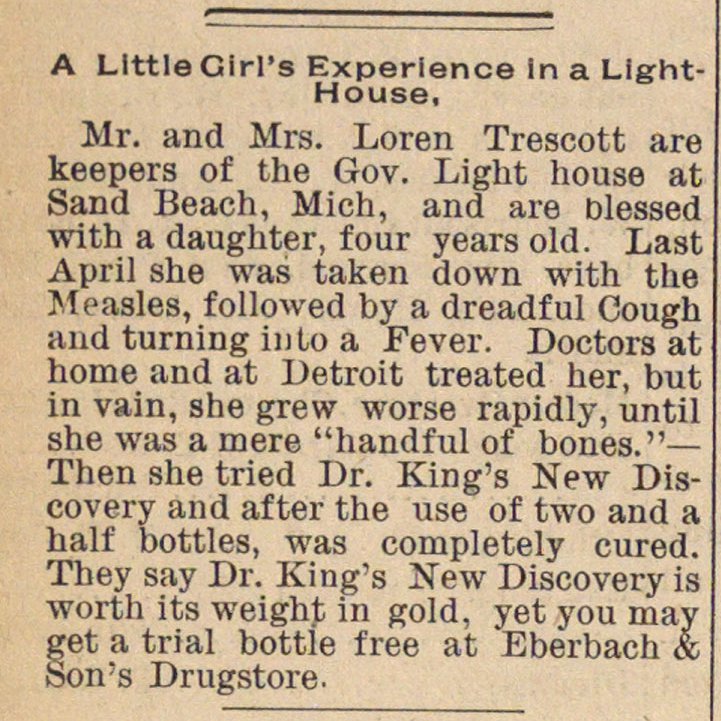 A Llttle Girl's Experience ín a LightHouse, Mr. and Mrs. Loren Trescott are keepers of the Gov. Light house at Sand Beach, Mich, and are Dlessed with a daughter, four yearsold. Last April she was taken down with the Measles, followed by a dreadful Cough and turning in to a Fever. Doctoraat home and at Detroit treated her, but in vain, she grew worse rapidly, until she was a mere "handful of bones."- Then she tried Dr. King's New Discovery and af ter the use of two and a half bottles, was completely cured. They say Dr. King's New Discovery is worth its weight in gold, yet you may get a trial bottle free at Eberbach & Son;s Drugstore.