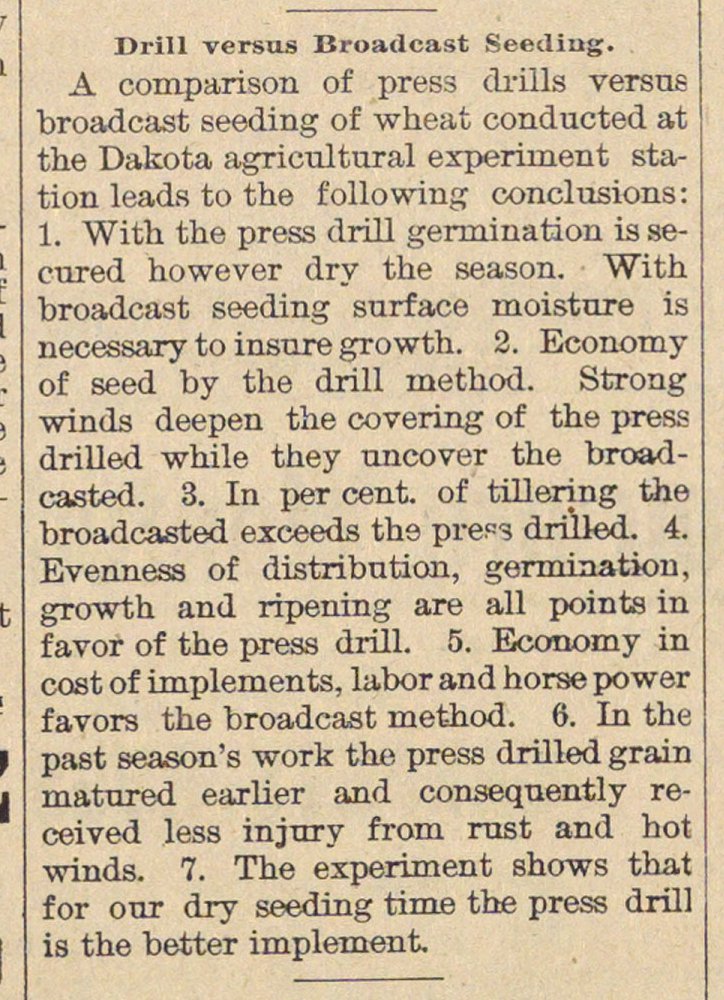 A comparison of press drills versos broadcast seeding of wheat conducted at the Dakota agricultural experiment station leads to the folio wing conclusions: 1. With the press drill germination is secured however dry the season. With broadcast seeding surface moisture is necessary to insure growth. 2. Economy of seed by the drill rnethod. Sterong winds deepen the covering of the press drilled while they nncover the broadcasted. 3. In per cent. of tillering the broadcasted exceeds the pre?3 drilled. 4. Evenness of distribu tion, germination, growth and ripening are all points in favor of the press drill. 5. Economy in cost of implements, labor and horse power favors the broadcast method. 6. In the past season's work the press drilled grain matured earlier and conseqnently received less injnry from rust and hot winds. 7. The experiment shows that f or our dry seeding time the press drill is the better implement.