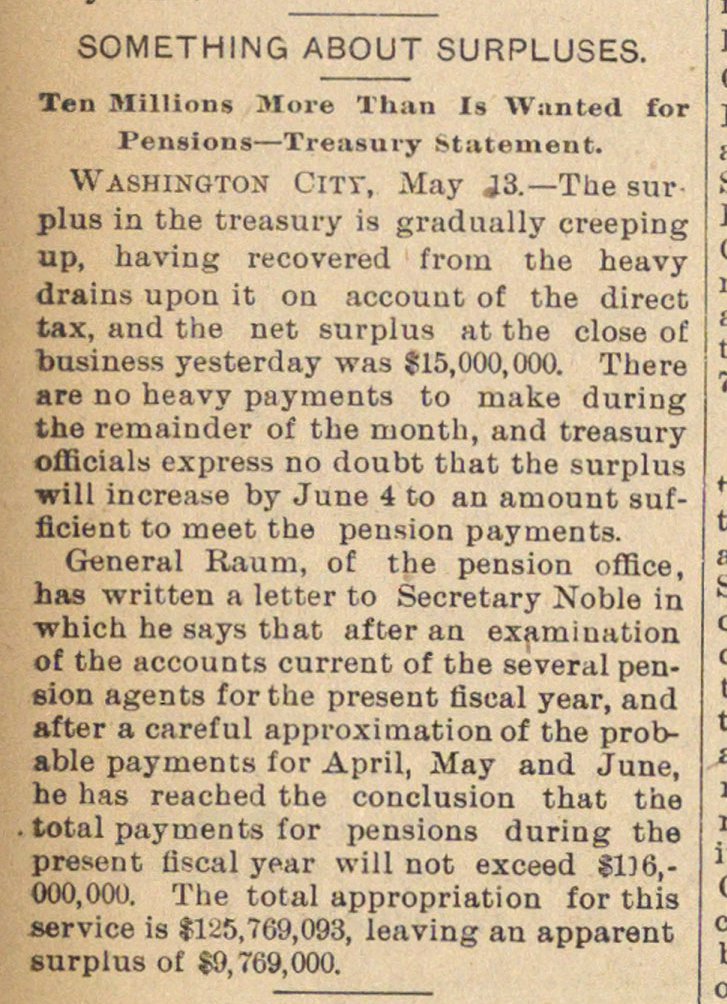 Washington Citt, May 3.- The sur plus ia the treasui-y is gradually ereeping up, having recovered from the heavy drains upon it on accouut of the direct tax, and the net surplus at the close oL business yesterday was $15,000,000. There are no heavy payments to make during the remainder of the month, and treasury officials express no doubt that the surplus wil! increase by June 4 to au amount sufficient to meet the peusion paynients. General Kaum, of the pension office, has written a letter to Secretary Noble in Tirhich he says that after aa examiuation of the accounts current of the séveral pension agents forthe present üseal year, and after a careful approximationof the probable payments for April, May and June, he has reached the conclusión that the total payments for pensions during the present üscal year will not exceed $1)6,000,000. The total appropriation for this service is $125,769,093, leaving au apparent surplus of $9,769,000.