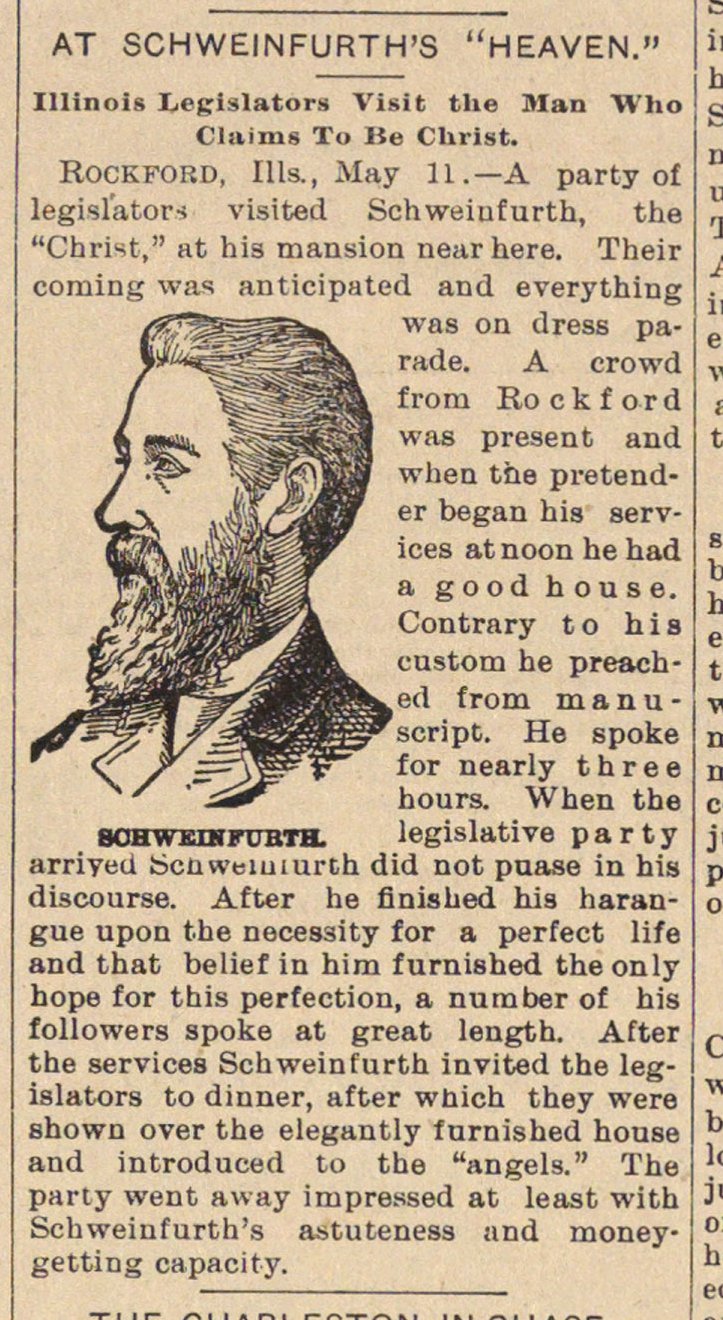 Rockford, Ills., May 11.- A party oL legisl'ator-i visited Schweiufurth, the "Christ," at nis mansion nearhere. Their coming was anticipated and everything was on dress parade. A crowd f rom Rock ford was present and when the pretender began nis services atnoon he had a good house. Contrary to his custom he preached f rom manuscript, He spoke for nearly three hours. When the legislativo party arriyed Ücüweiuiurth did not paase in his discourse. After he finished his harangue upon the neces3ity for a perfect life and that belief in him furnished theonly hope for this perfection, a number of his followers spoke at great length. After the services Schweinfurth invited the legislators to dinner, after which they were shown over the elegantly furnished house and introduced to the "angels." The party went away impressed at least with Schweinfurth's astuteness and money getting capacity.