Ran Into A Furnace 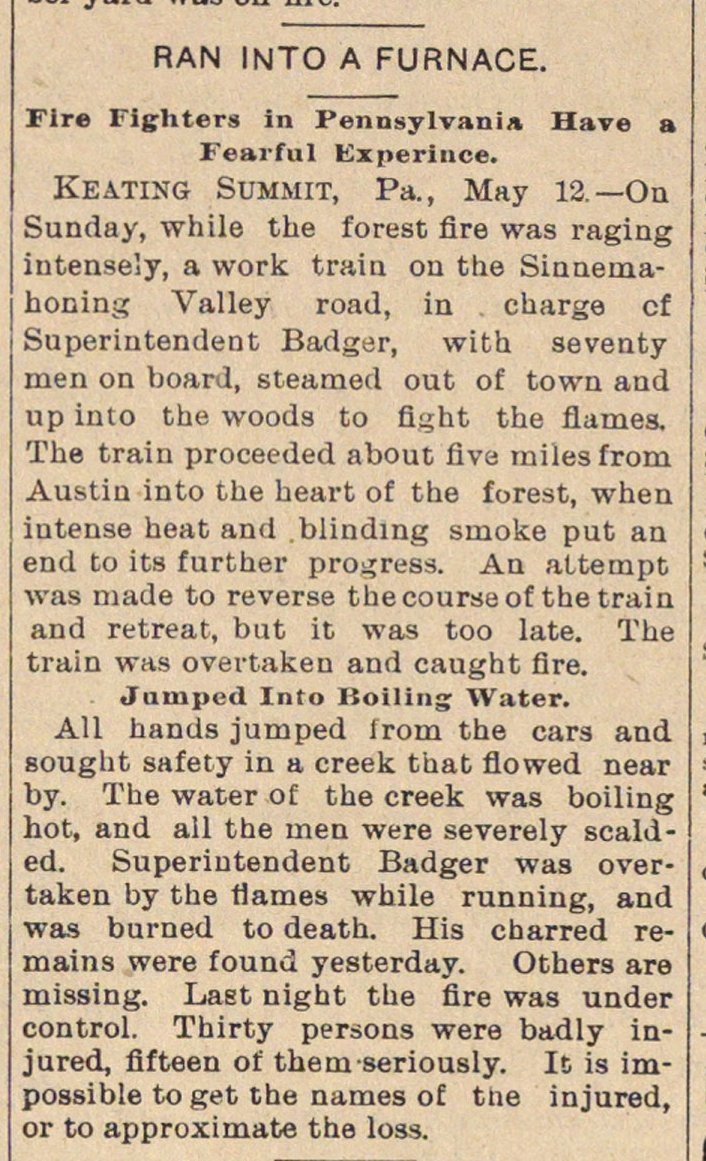 Keating Summit, Pa., May 12- Ou Sunday, while the forest fire was raging iutensely, a work traía on the Sinneinahoning Valley road, in charge cf Superintendent Badgar, with seventy men on board, steamed out oí town and up iiito the woods to fight the iUmei. The train proceeded about five railes from Austin into the heart of the forest, when iutense heat and .blinding smoke put aa end to its further pro;ress. An attempt was made to reverse thecourseof the train and retreat, but it was too late. The train was overtaken and caught fire. Jampcd Into Koiling Water. All hands jumped from the cars and Bought safety in a creek that flowed near by. The water of the creek was boiling hot, and all the uien were severely scalded. Superintendent Badger was overtaken by the tlames while running, and was burned to death. His charred remains were found yesterday. Others are missing. Last night the fire was under control. Thirty persons were badly injured, fifteen of them-seriously. It is impossible toget the names of tiie injured, or to approximate the loss.