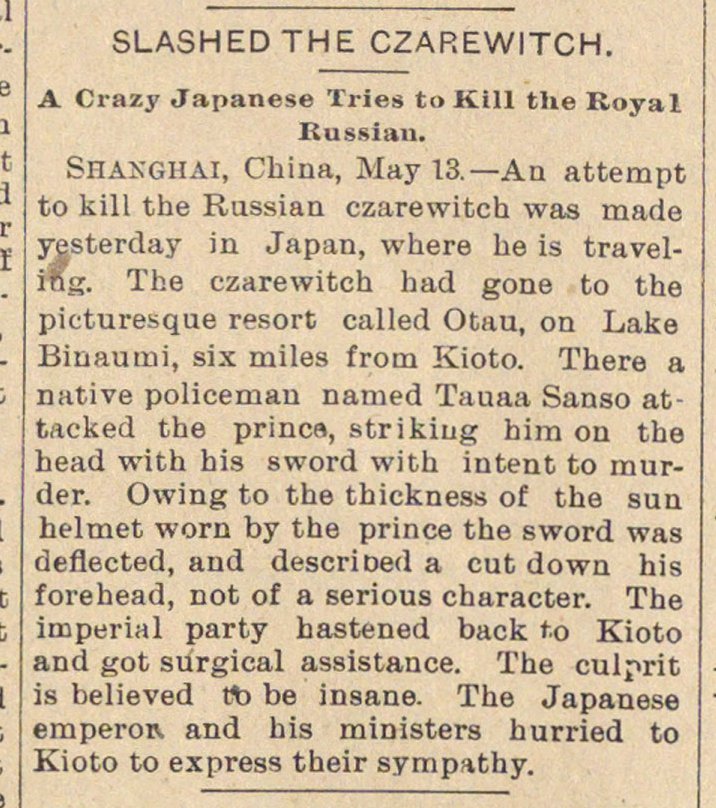 Shanghai, China, May 13.- Aq attempt to kilt the Russian czarewitch was made yesterday in Japan, where he is travelrng. The czarewitch had gone to the picturesque resort called Otau, on Lake Binauaii, six miles from Kioto. There a native policemau named Tauaa Sanso attaeked the princn, strikiug him on the head with his sword with intent to murder. Owing to the thickness of the sun heimet worn by the prince the sword was deflected, and descrioed a cut down his forehead, not of a serious character. The imperial party hastened back to Kioto and got surgical assistance. The culprit is believed tto be insane. The Japanese emperoR and his ministers hurried to Kioto to express their sympathy.