Fired On The Strikers 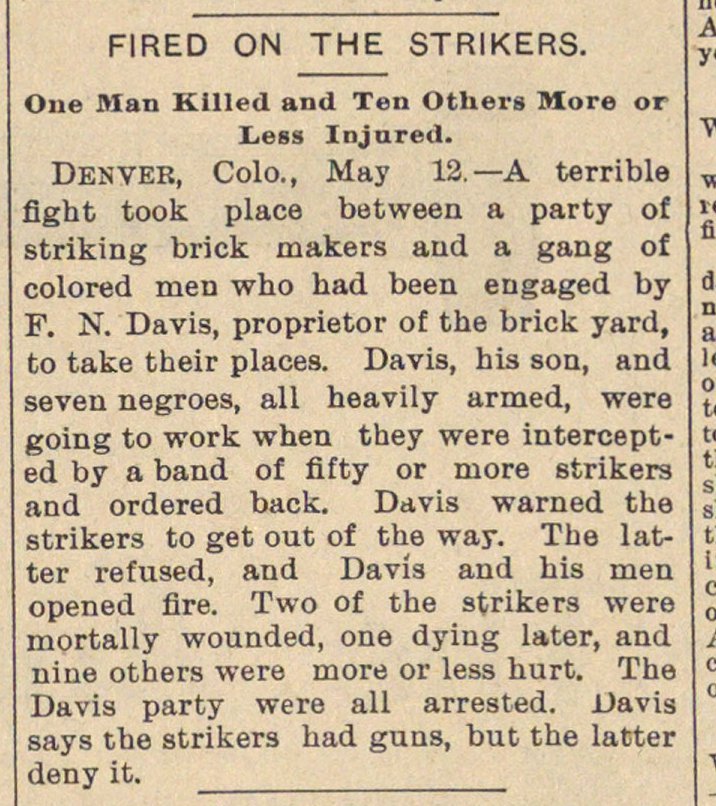 Denver, Colo., May 12. - A terrible fight took place between a party of striking brick makers aud a gang of colored men who had been engaged by F. N. Davis, proprietor of the brick yard, to take their places. Davis, his son, and seven negroes, all heavily armed, were going to work when they were intercepted by a band of fifty or more strikers and ordered back. Davis warned the strikers to get out of the way. The latter refused, and Davis and his men opened fire. Two of the strikers were mortally wounded, one dying later, and nine others were more or less hurt. The Davis party were all arrested. Davis says the strikers had guns, but the latter deny it.