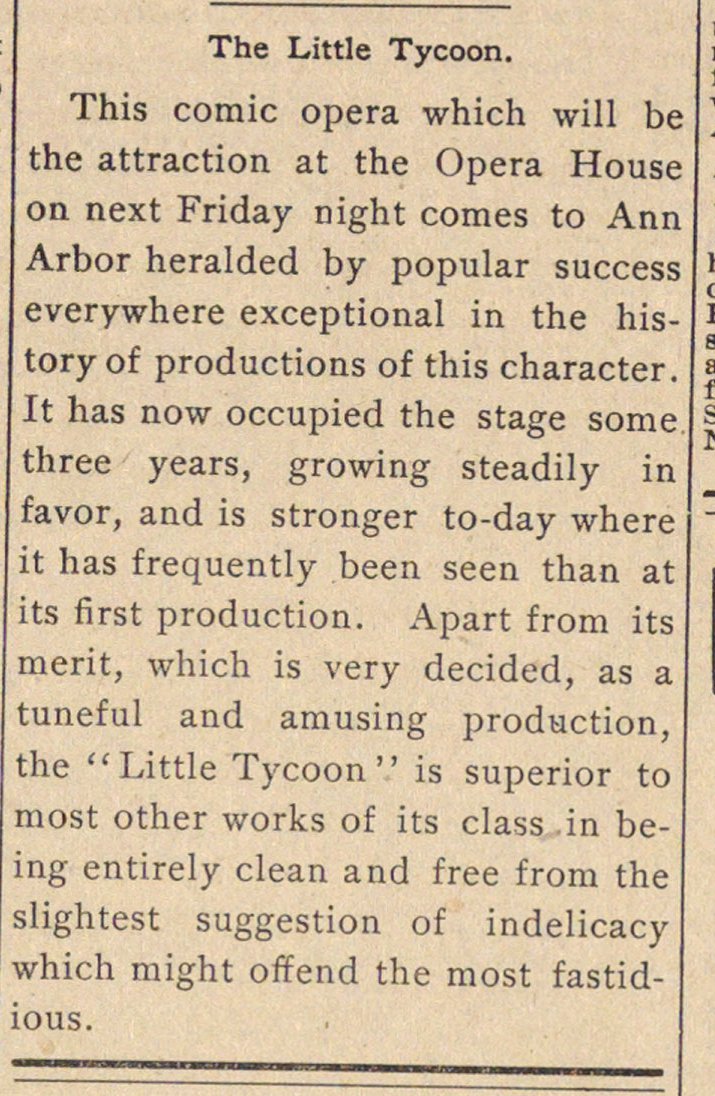 This cotnic opera which will be the attraction at the Opera House on next Friday night comes to Ann Arbor heralded by popular success everywhere exceptional in the history of productions of this character. It has now occupied the stage some three years, growing steadily in favor, and is stronger to-day where it has frequently been seen than at its first production. Apart from its merit, which is very decided, as a tuneful and amusing production, the "Little Tycoon" is superior to most other works of its class in béng entirely clean and free from the ilightest suggestion of indelicacy vhich might offend the most fastidous.