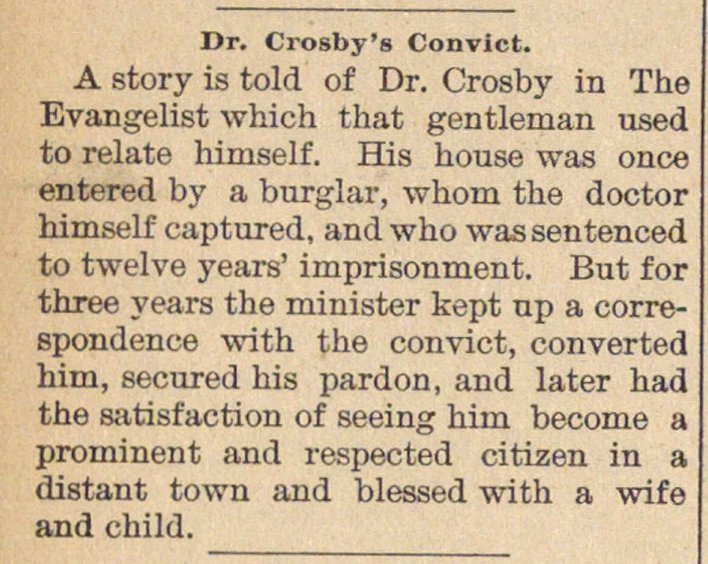 A story is told of Dr. Crosby in The Evangelist which that gentleman used to relate himself. His house was once entered by a burglar, whom the doctor himself captured, and who wassentenced to twelve years' imprisonment. But for three years the minister kept np a correspondence with the convict, converted him, secured his pardon, and later had the satisfaction of seeing hiin become a prominent and respected citizen in a dÍ8tant town and blessed with a wife and child.