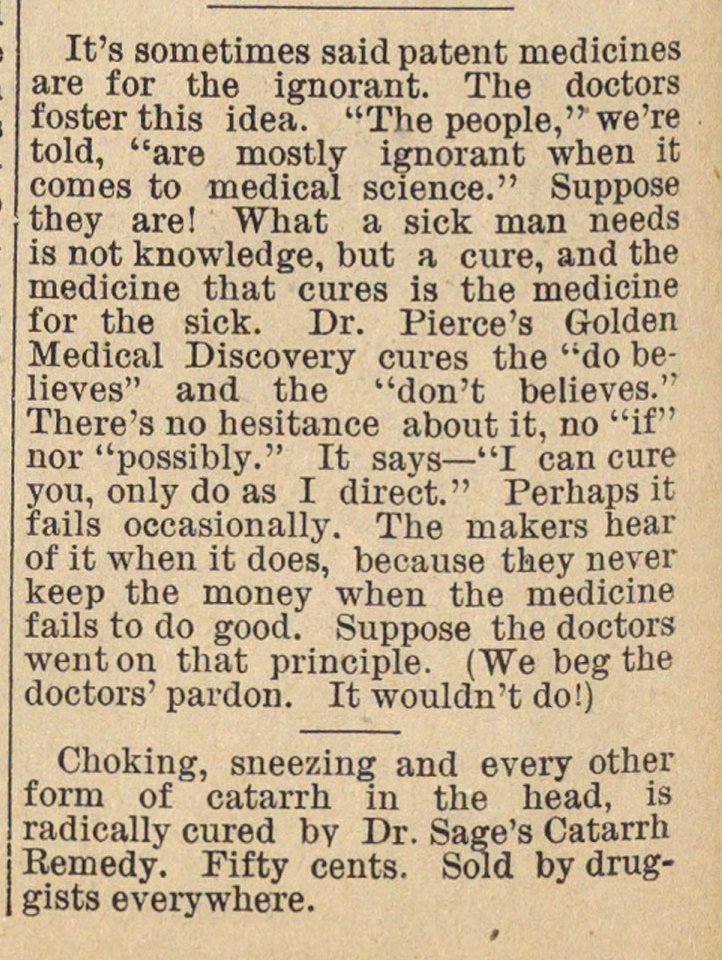 It's sometimes said patent medicines are for the ignorant. The doctors fosterthis idea. "The people," we're told, "are mostly ignorant when it comes to medical science." Suppose they are! What a sick man needs is not knowledge, but a cure, and the medicine that cures is the medicine for the sick. Dr. Pierce's Golden Medical Discovery cures the "do believes" and the "don't believes.'7 There's no hesitance about it, no "if" nor "possibly." It says - "I can cure you, only do as I direct." Perhaps it rails occasionally. The makers hear of it when it does, because they never keep the money when the medicine fails to do good. Suppose the doctors went on that principie. (We beg the doctors' pardon. It wouldn't do!) Choking, sneezing and every other form of catarrh in the head, is radically cured bv Dr. Sage's Catarrh Remedy. Fifty cents. Sold bydruggists everywhere.