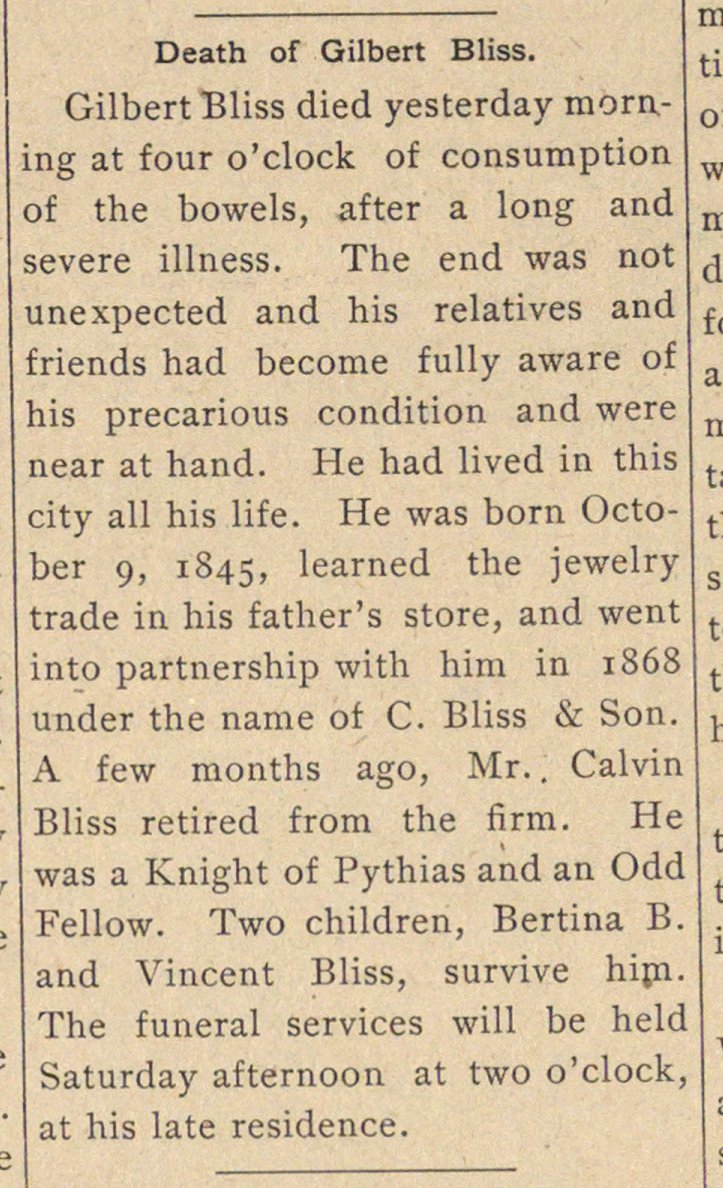 Gilbert Bliss died yesterday ( ing at four o'clock of consumption of the bowels, after a long and severe illness. The end was not unexpected and his relatives and friends had become fully aware of his precarious condition and were near at hand. He had lived in this city all his life. He was born October 9, 1845, learned the jewelry trade in his father's store, and went into partnership with him in 1868 under the name of C. Bliss & Son. A few months ago, Mr.. Calvin Bliss retired f rom the firra. He was a Knight of Pythias and an Odd Fellow. Two children, Bertina B. and Vincent Bliss, survive him. The funeral services will be held Saturday afternoon at two o'clock, at his late residence.