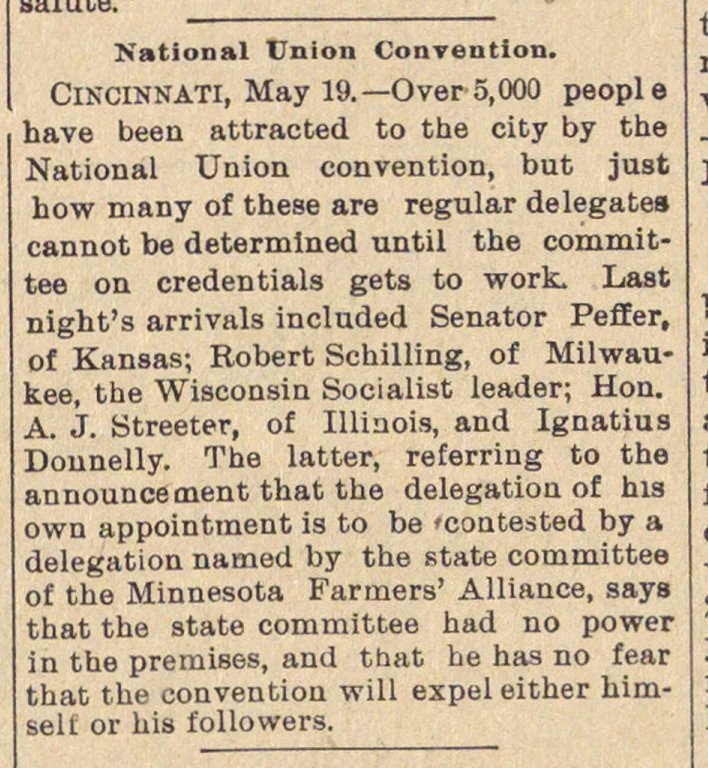 Cincinkati, May 19. -Over 5,000 people have been attracted to the city by the National Union convention, but just how many of these are regular delegates cannot be determlned until the committee on credentials gets to work. Last night's arrivals included Senator Peffer, of Kansas; Robert Schilling, of Milwaukee, the Wisconsin Socialist leader; Hon. A. J. Streeter, of Illinois, and Ignatius Dounelly. The latter, referring to the announce ment that the delegatkm of his own appointment is to be contested by a delegation named by the state committee of the Minnesota Farmers' Alliance, says that the state committee had no power in the premises, and that he has no fear that the conventiou will expeleither himself or his followers.