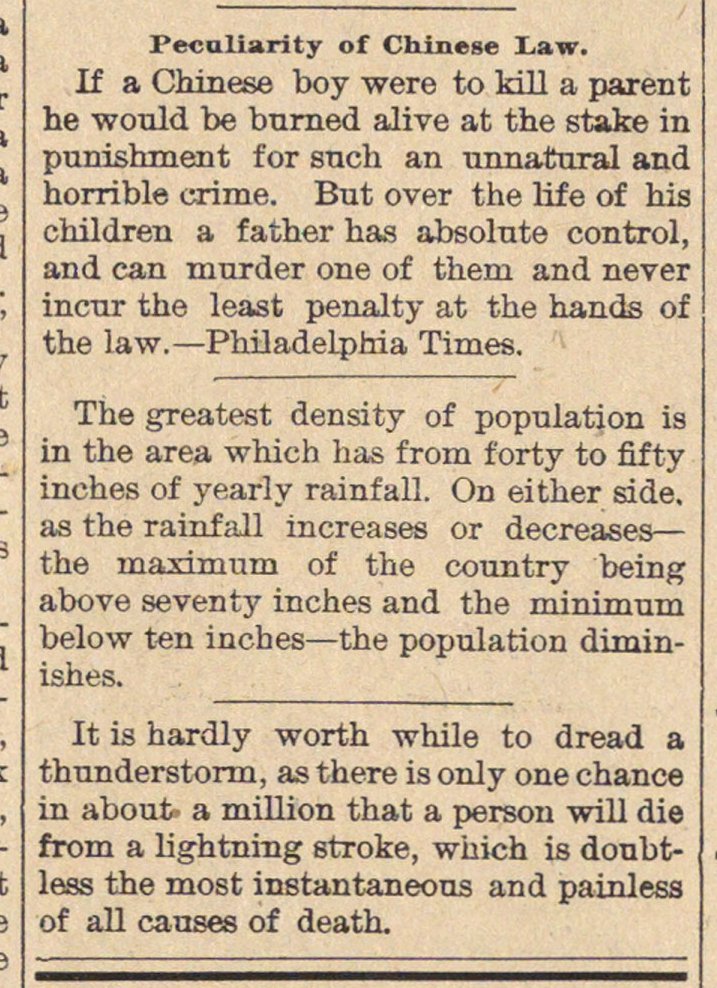 If a Chinese boy were to Vill a parent he would be burned alive at the stake in punishment for snch an unnatnral and horrible crime. But over the life of his ohildren a father has absolute control, and can murder one of them and never incnr the least penalty at the hands of the law. - Philadelphia Times. The greatest density of population is in the área which lias from forty to fifty inehes of yearly rainfall. On either side. as the rainfall increases or decreases - the maximum of the country being above seventy inehes and the minimum below tn inehes - the population diminishes. It is hardly worth while to dread a thunderstorm, as there is only one chance in about a million that a person will die from a lightning stroke, which is donbtless the most instantaneous and painless of all causes of death.