A Student From A Far Country 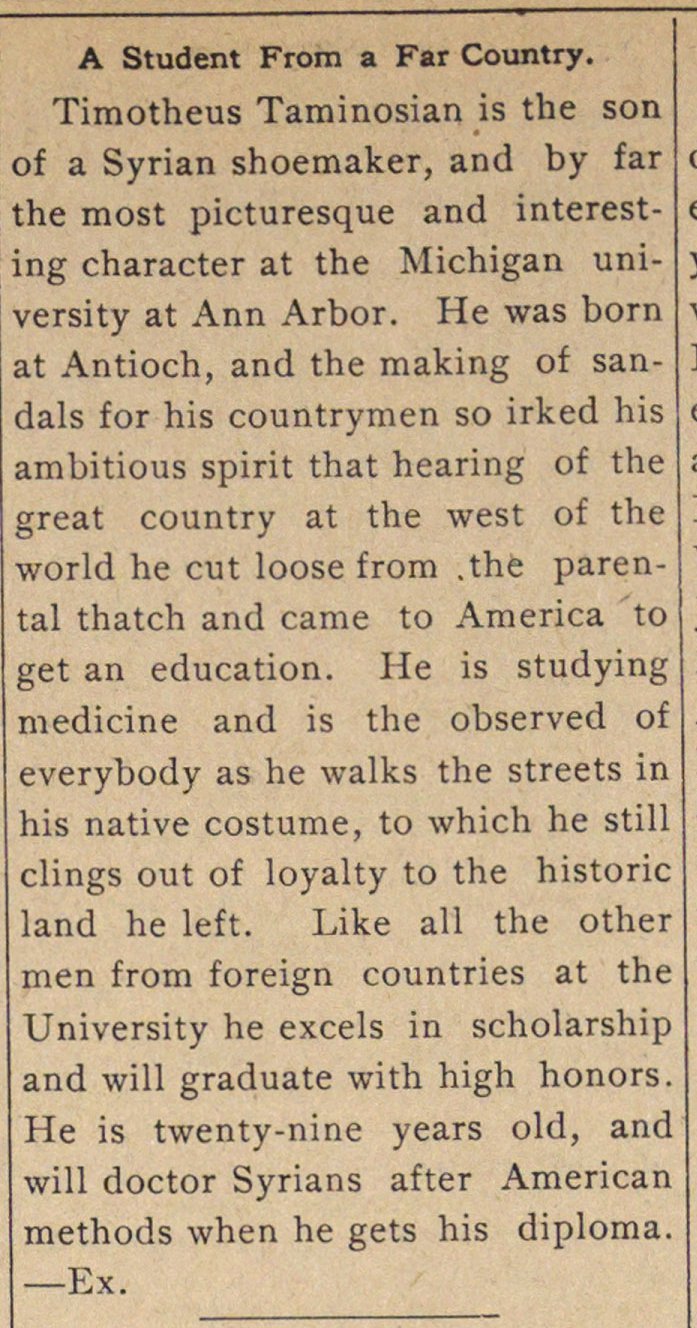 Timotheus Taminosian is the son )f a Syrian shoemaker, and by far ;he most picturesque and interestng character at the Michigan uniersity at Ann Arbor. He was bom it Antioch, and the making of sanials for his countrymen so irked his imbitious spirit that hearing of the jjreat country at the west of the svorld he cut loóse from .the parental thatch and came to America to get an education. He is studying medicine and is the observed of everybody as he walks the streets in his native costume, to which he still clings out of loyalty to the historie land he left. Like all the other men from foreign countries at the University he excels in scholarship and will gradúate with high honors. He is twenty-nine years old, and will doctor Syrians after American methods when he gets his diploma.