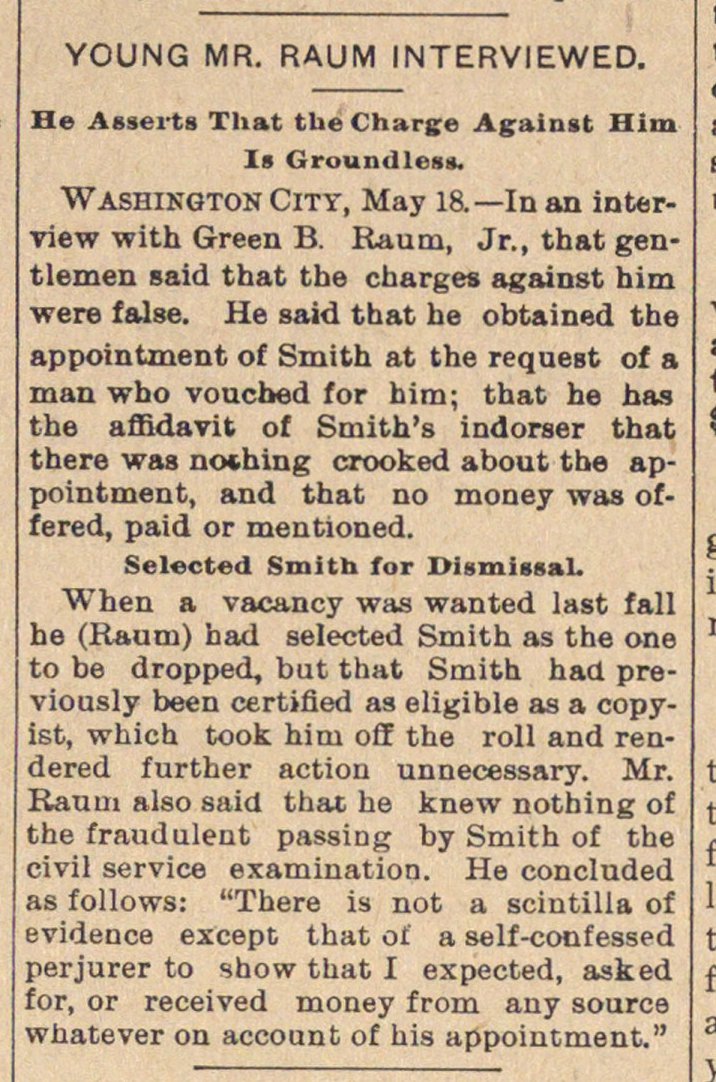 Washington City, May ia- Inan interview with Green B. Raum, Jr., that gentlemen said that tbe charges against him were f alse. He said that he obtained tbe appointment of Smith at the request of a man who vouched for him; that he has the affidavit o( Smith's indorser that there was nothing crooked about the appointment, and that no money was offered, paid or mentioned. Selected Smith for DigmUsal. When a vacancy was wanted last fall he (Raum) had selected Smith as the one to be dropped, but that Smith had previously been certified aa eligible as a copyist, which took him off the roll and rendered further action unnecessary. Mr. Raum also said that he knew nothing of the fraudulent passing by Smith of the civil service examination. He concluded as follows: "There is not a sciutilla of evidence except that oí a self-confessed perjurer to show that I expected, asked for, or received money from any souroe whatever on account of bis appointment."