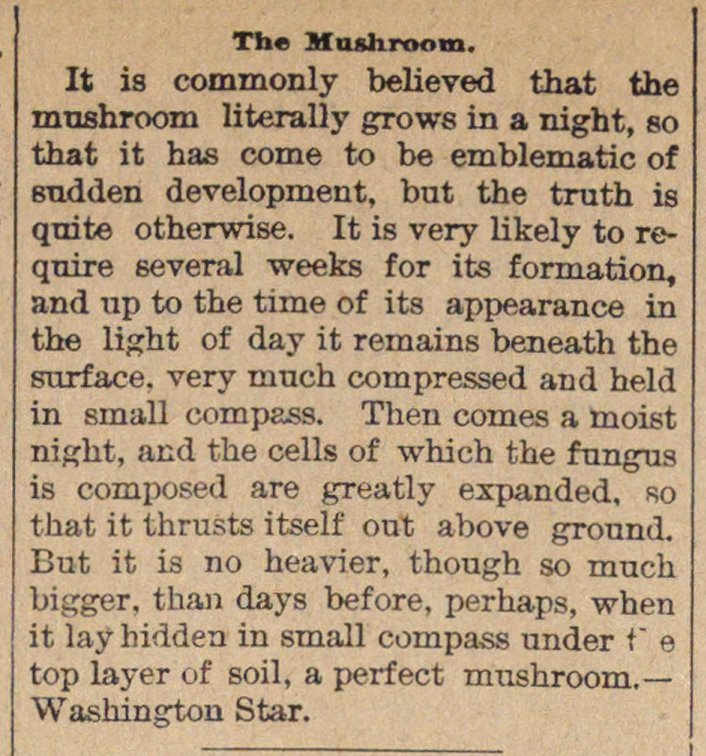 It is commonly believed that the mnshroom literally grows in a night, so that it has come to be emblematic of sudden development, but the truth is qmte otherwise. It is very likely to require 6everal weeks for its formation, and iip to the time of its appearance in the light of day it remains beneath the surface. very mnch compressed and held in small compass. Then comes a moist night, aud the cells of which the fnngus is composed are greatly expanded, ao that it thrusts itself ont above gronnd. But it is no heavier, though so much bigger. than days before, perhaps, when it lay hidden in small compass under f" e top lay er of soil, a perfect mushroom.-