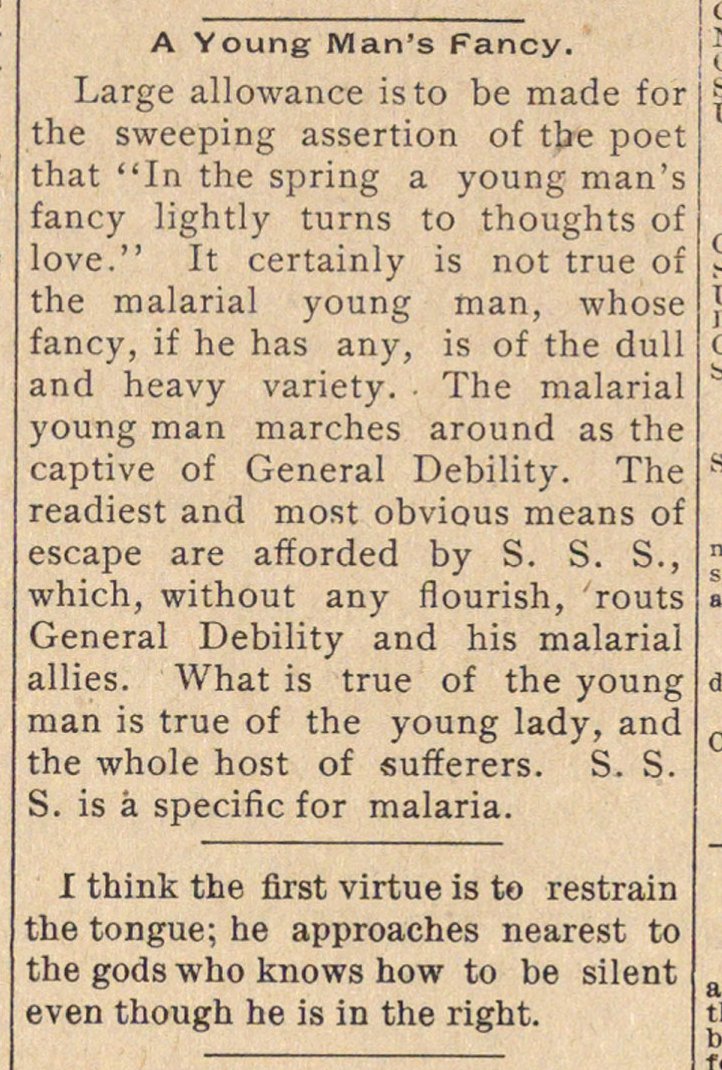 Large allowance isto be made for the sweeping assertion of t]je poet that "In the spring a young man's fancy lightly turns to thoughts of love." It certainly is not true of the malarial young man, whose fancy, if he has any, is of the dull and heavy variety. The malarial young man marches around as the captive of General Debility. The readiest and most obvious means of escape are afforded by S. S. S., which, without any flourish, routs General Debility and his malarial allies. What is true of the young man is true of the young lady, and the whole host of sufferers. S. S. S. is á specific for malaria. I think the flrst virtue is to restrain the tongue; he approaches nearest to the gods who knows how to be silent even though he is in the right.