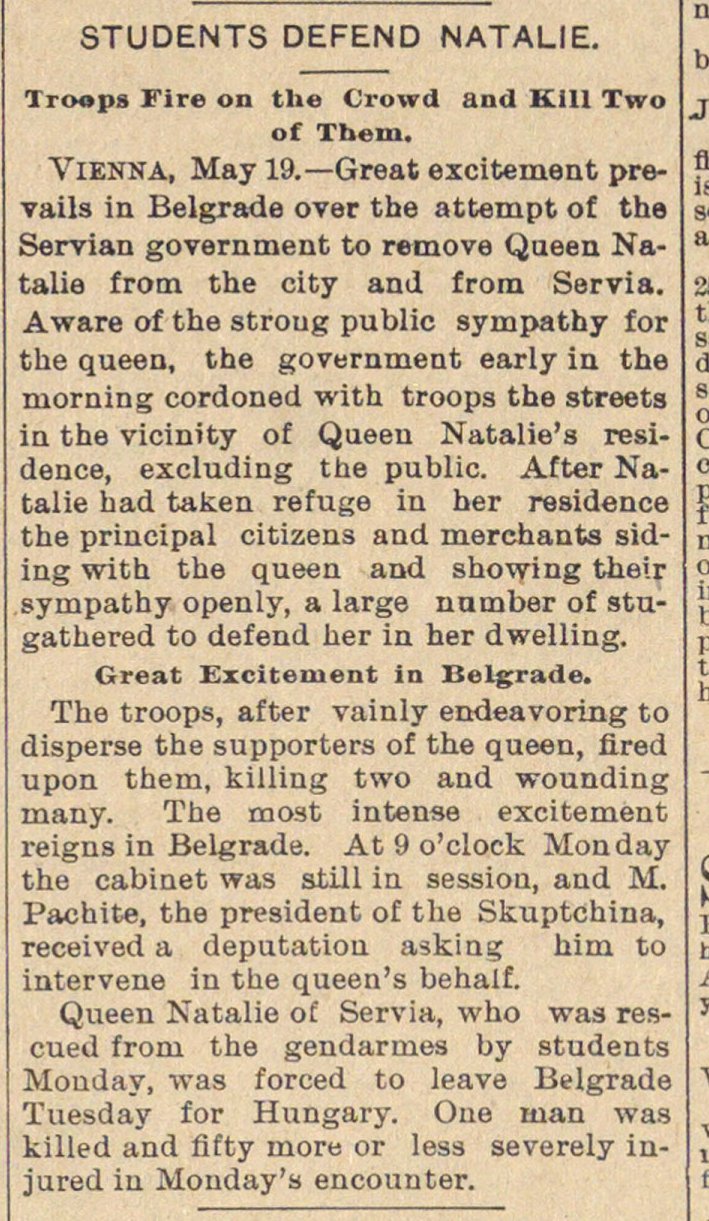 Vienna, May 19.- Great excitement prevails in Belgrade over the attempt of the Servian government to remove Qaeen Natalie frooi the city and from Servia. A ware of the stroug public sympathy for the queen, the government early in the morning cordoned with troops the streeta in the vicinity of Queen Natalie's resiience, excluding the public. After Natalie had taken refuge in her residence the principal citizens and merchante siding with the queen and showing their sympathy openly, a large nnmber of stugathered to defend her in her dwelling. Great Excitement in Belgrade. The troops, after vainly endeavoring to disperse the supporters of the queen, fired upon them, killing two and wounding many. The most intense excitement reigns in Belgrade. At 9 o'clock Monday the cabinet was stül in session, and M. Pachite, the president of the Skuptchina, received a deputation asking him to intervene in the queen's behalf. Queen Natalie of Servia, who was rescued from the gendarmes by students Mouday, was forced to leave Belgrade ïuesday for Hungary. One man was killed and fifty more or less severely injured in Mouday's encounter.