Two Stories About The Bible 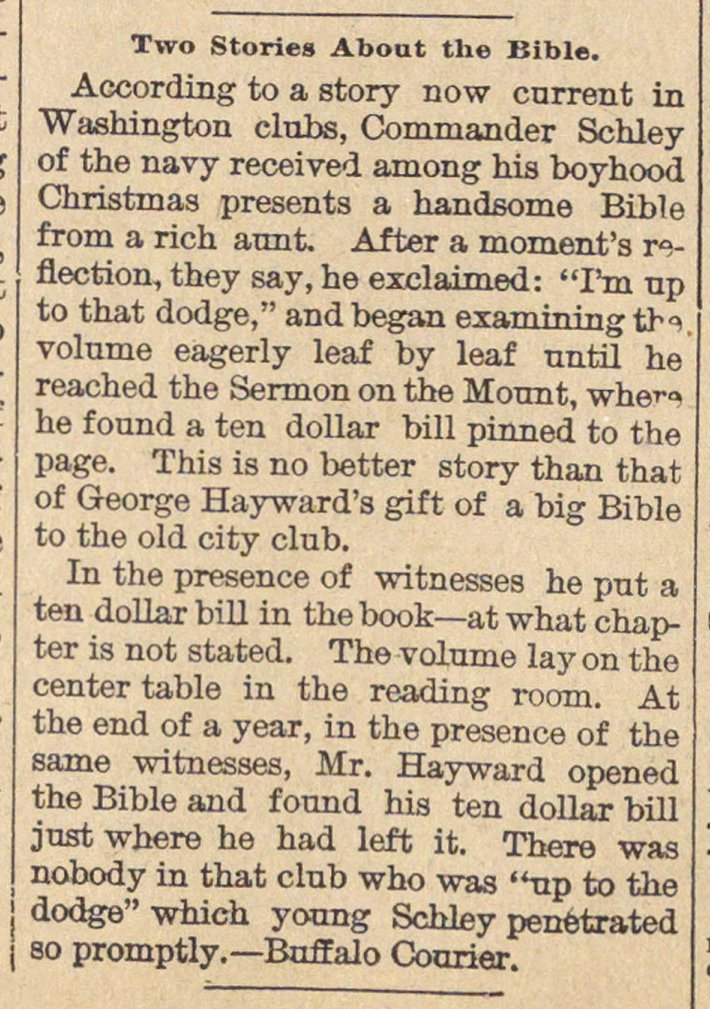 According to a story now current in Washington cinbs, Commander Schley of the navy received among his boyhood Christmas presents a handsome Bible from a rich annt. After a moment's reflection, they say, he exclaimed: 'Tm np to that dodge," and began examining thi volume eagerly leaf by leaf untü he reached the Sermón on the Mount, whe he f ound a ten dollar bill pinned to the page. This is no better story than that of George Hayward's gift of a big Bible to the old city club. In the presence of witnesses he put a ten dollar bill in thebook- at what chapter is not stated. The volume lay on the center table in the reading room. At the end of a year, in the presence of the same witnesses, Mr. Hayward opened the Bible and found his ten dollar bill just where he had left it. There was nobody in that club who was "np to the dodge" which young Schley penötrated so