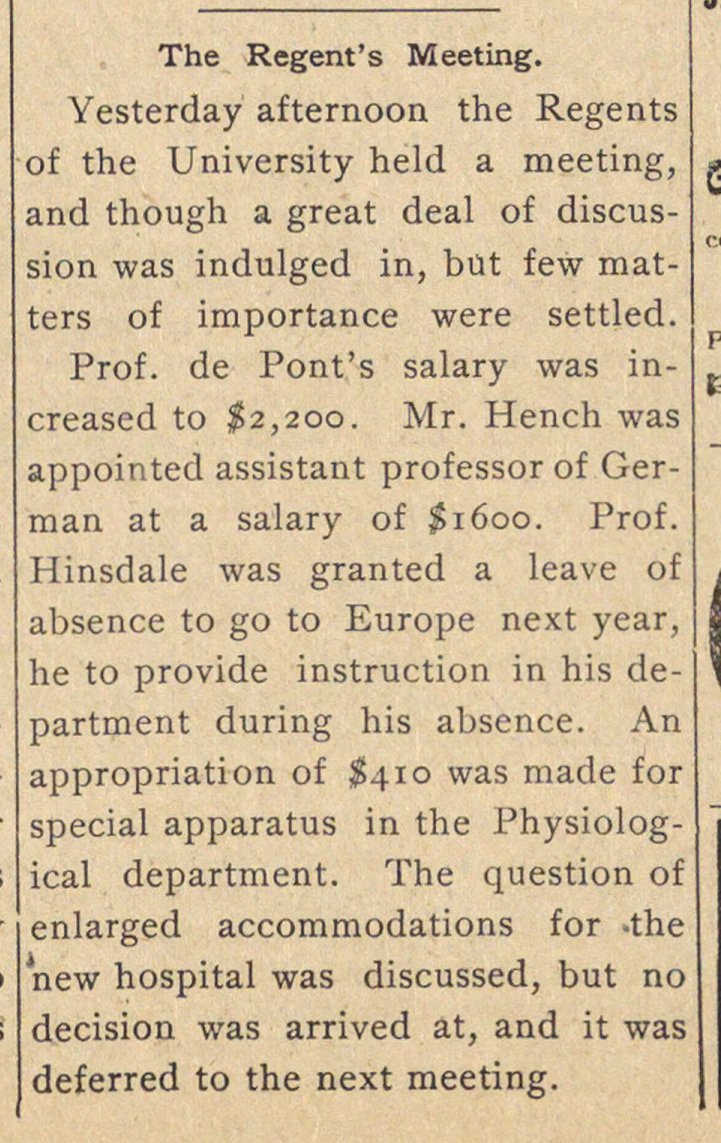 Yesterday afternoon the Regents of the University held a meeting, and though a great deal of discussion was indulged in, büt few matters of importance were settled. Prof. de Pont's salary was increased to $2,200. Mr. Hench was appointed assistant professor of German at a salary of $1600. Prof. Hinsdale was granted a leave of absence to go to Europe next year, he to provide instruction in his department during his absence. An appropriation of $410 was made for special apparatus in the Physiological department. The question of enlarged accommodations for -the 'new hospital was discussed, but no decisión was arrived at, and it was deferred to the next meeting.